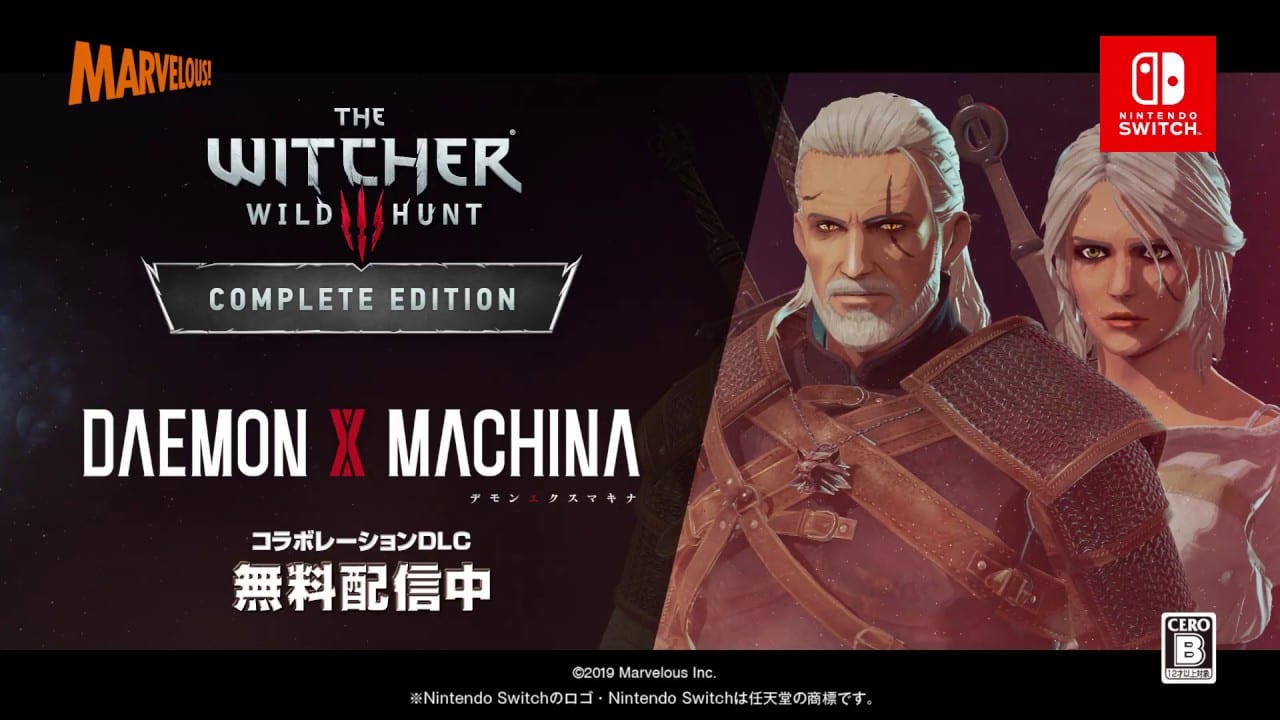 Daemon X Machina was released earlier this year, back in September, and was praised for its fun action mech combat mechanics. It seems like developer Marvelous Entertainment isn’t quite done with pushing out support for the game, though, as they’ve just announced that the game is having a collaboration with The Witcher 3.

In a new trailer, it was revealed that both Geralt and Ciri from The Witcher 3 would be added into the game as playable characters. You can check out the trailer down below.

The trailer itself is pretty brief, but gives us a glimpse of Geralt and Ciri hopping out of their mech suits, and running across the world while slashing away at their enemies.

The DLC is now available for download via the Nintendo Switch eShop.

Daemon X Machina was released on Sept. 13 this year, and features a customizable avatar that you can control to fight against corrupted mechs in order to defend the Earth. It also features an online co-op mode where you can team up with up to three other players to play together as well. The game is now available exclusively for the Nintendo Switch, and you can check out our review of it here.