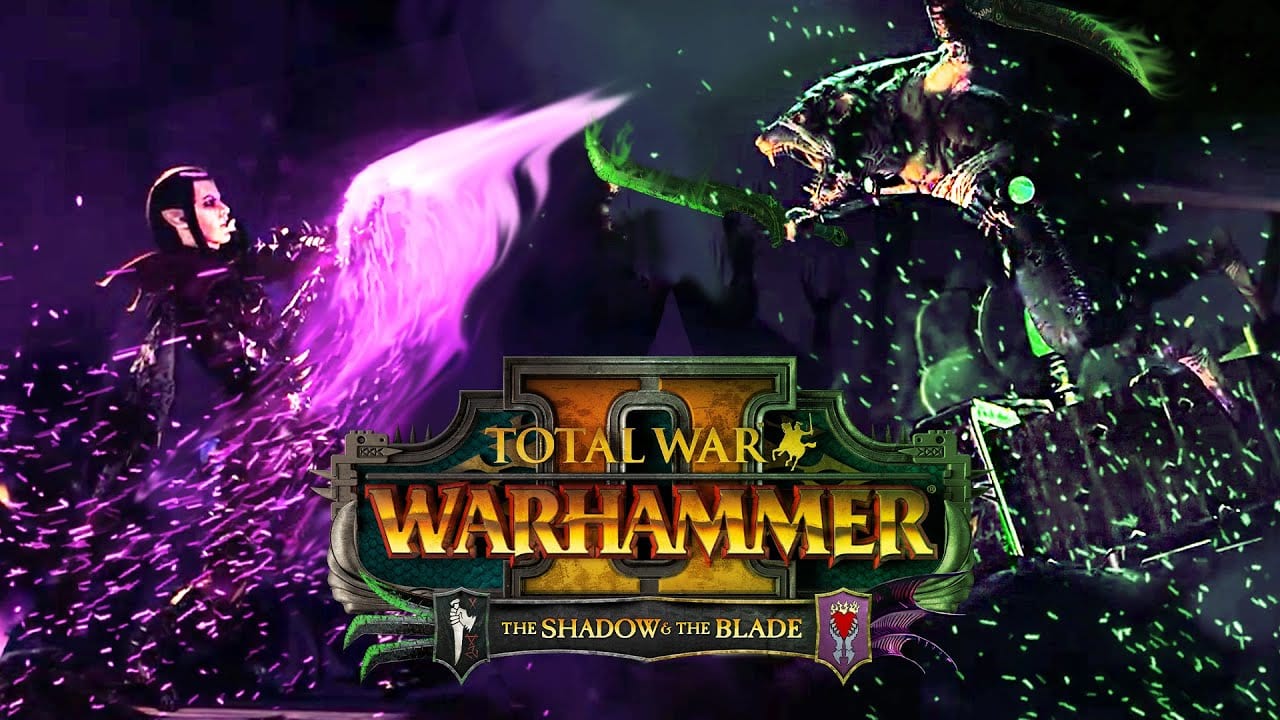 Creative Assembly has today announced The Shadow & The Blade DLC for Total War: Warhammer 2, and released a trailer to go along with it.

The Shadow & The Blade will bring fan-favorite characters Deathmaster Snikch and Malus Darkblade to the Skaven and Dark Elf factions respectively and will be available Dec. 12.

The Shadow & The Blade is the latest in a long line of Lord Pack DLC that CA has released for Warhammer 2, and in addition to making the titular lords playable, bring with it the usual swathe of new units, characters, and campaign mechanics.

Snikch will lead the Clan Eshin Skaven faction, and Malus will begin the game in his home city of Hag Graef, and command the faction of the same name.

Having these new starting locations will really breathe some life into these older factions, and is always a great reason to start a new campaign.

The DLC will introduce new units to the game, really beefing out the current roster for both the Dark Elf and Skaven factions.

There will also be a free update for all players alongside it, and more details regarding just what it entails will be available closer to release.

The Dark Elves will get access to Scourgerunner Chariots, Bloodwrack Medusas, and Bloodwrack Shrines units.

The Skaven, meanwhile, will be able to command Eshin Triads, Poisoned-Wind Mortars, and Warp-Grinder Weapon Teams.

The Shadow & The Blade is available for pre-purchase now on Steam (with a 10% discount) and will be available Dec. 12.

You can check out the trailer for yourself below, and read the handy FAQ CA has put together right here.

Total War Warhammer 2 has released multiple Lord Pack’s previously, and they serve as a great way to expand the sandbox elements of the game.

Be sure to check out both The Prophet & The Warlock and The Huntsman & The Beast if you need something to hold you over until The Shadow & The Blade.