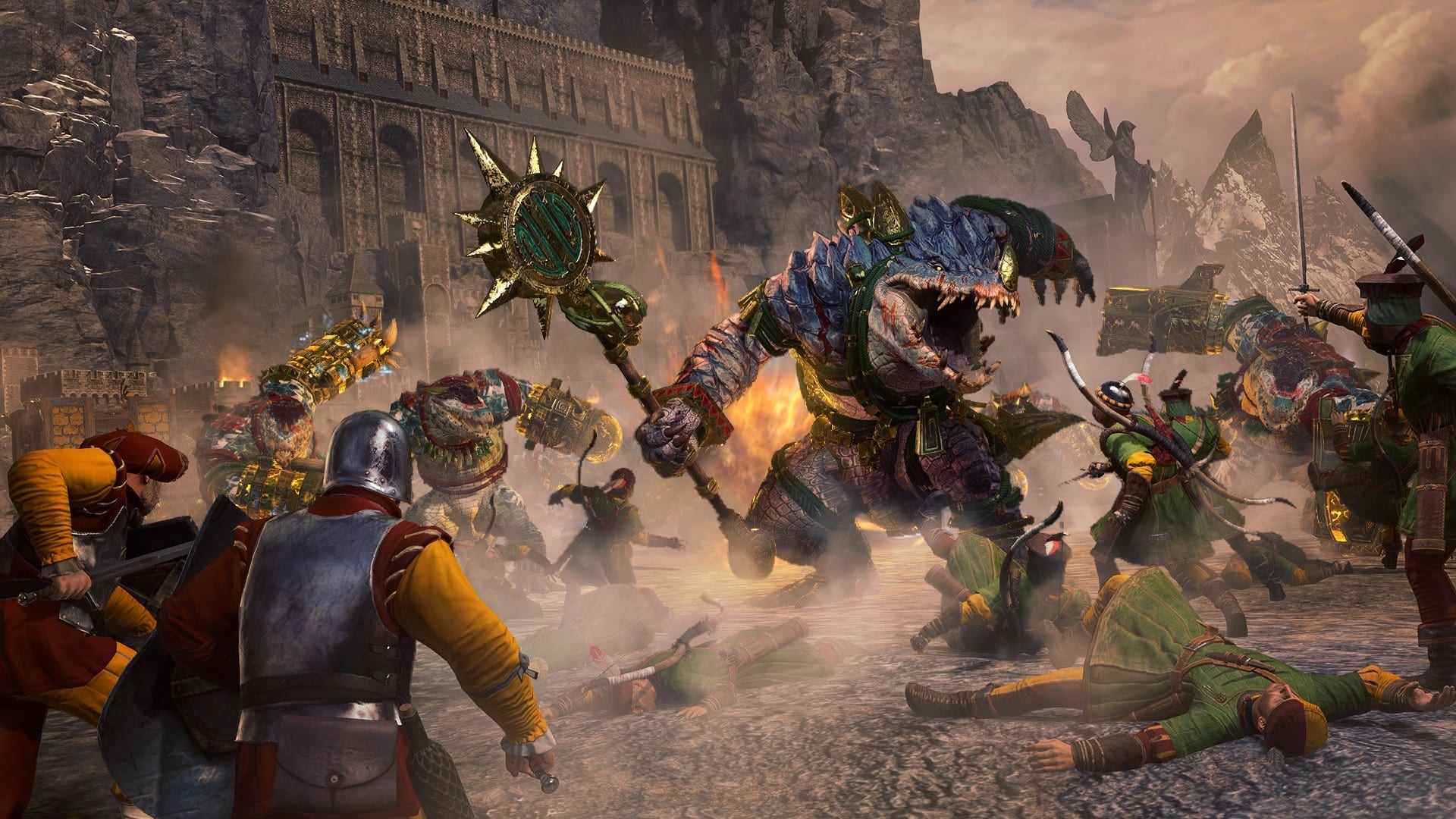 In the dark and dismal world of Warhammer, new forces join the fray every fortnite. The last time we joined the chaos (no, not the Forces of Chaos) of Total War: Warhammer II, Creative Assembly introduced new factions and Legendary Lords for the Skaven and Lizardmen. Now, the studio is almost ready to unleash even more playable factions.

Total War: Warhammer II’s next piece of DLC, The Hunter & The Beast, will feature new armies for the Human Empire and the savage Lizardmen. The Empire’s latest forces, Wulfhart’s Hunters, are led by the titular Huntsmarshal Markus Wulfhart and seek to expand the Empire by ransacking everything on the continent of Lustria, home of the Lizardmen. Meanwhile, the Lizardmen rally under the command of Nakai the Wanderer to protect their ancient sanctums as the Spirit of the Jungle.

The Hunter & The Beast will introduce new faction and campaign mechanics unique to Wulfhart and Nakai, and you can rest assured the update will also provide plenty of new Lords and units. Wulfhart’s Hunters will raze the battlefield with elite Hunter Generals and speedy War Wagons, while the Spirit of the Jungle Lizardmen will defend their temples with stalwart Ancient Kroxigors and clever Razordon Hunting Packs.

The Hunter & The Beast will be playable in the Eye of the Vortex and Mortal Empires campaigns, but the fun doesn’t end there. Creative Assembly will also provide some free content alongside the DLC, including the Lizardmen’s Legendary Lord Gor-Rok, a reworked Mortal Empires campaign map, and new Empire Fort Battles. Moreover, the studio will include even more free content down the line.

The Hunter & The Beast will charge into battle on September 11th. For more Total War: Warhammer II news, stick with Twinfinite.