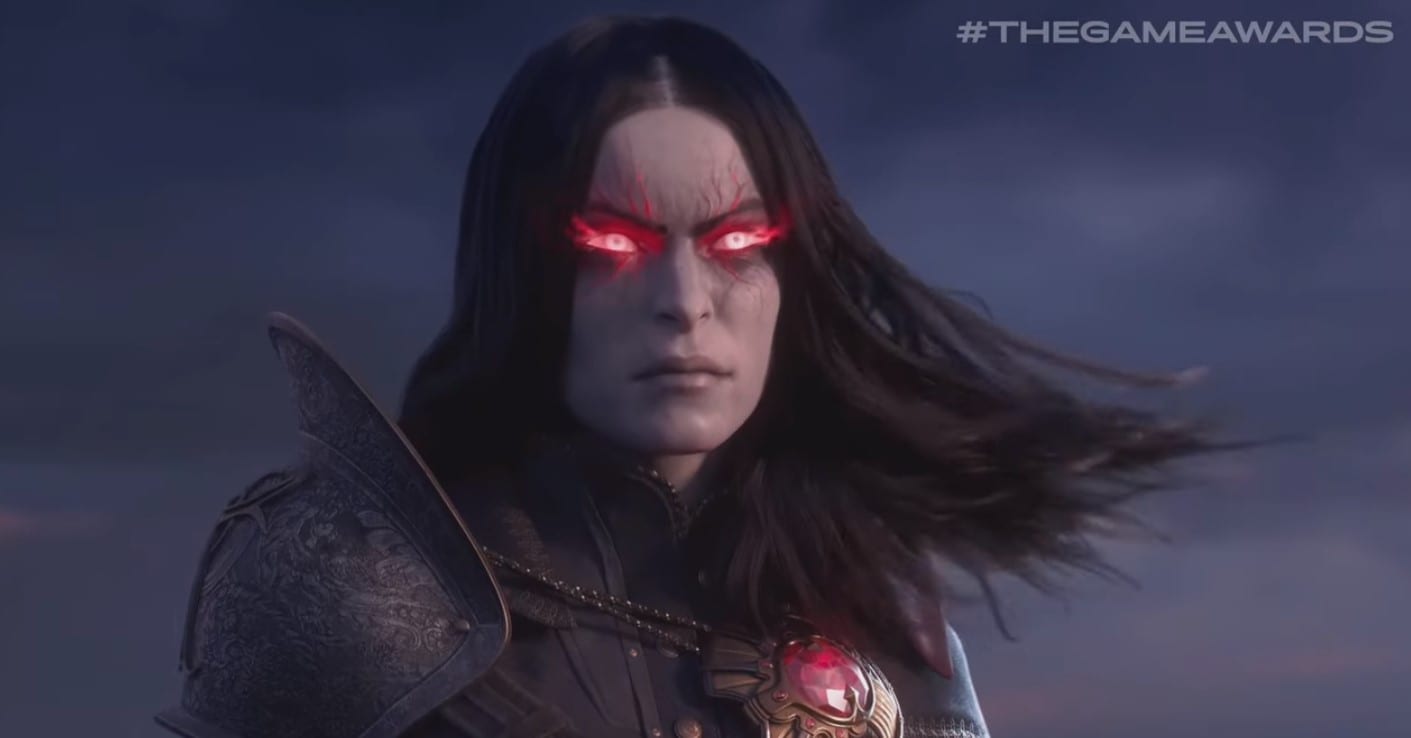 Earlier tonight a new game from Amazon Game Studios was revealed in a somewhat ominous trailer featuring a mysterious red pendant. The title of their new project is New World and is coming in May 2020.

The trailer opened with a view of a many-faced shrine in the background and two animals fighting. As the shrine becomes progressively weathered this eventually leads to combat between humans over a mysterious red pendant lodged into one of the faces of the shrine.

There’s no indication of what the game genre is, but it’s clear that it will include some kind of hand-to-hand combat. There were also some glimpses of fire arrows raining down on an army.

Despite the uncertainty of what exactly New World will be, it’s clear that the red pendant featured in the trailer will be an integral part of the game. It appears to be the central focus of massive battles between warring sides.

Not only does it seem to be incredibly valuable, but it also has magic properties that corrupt the wielder by giving them unnaturally pale skin and bright red, glowing eyes.

It also appears that the wielder of this pendant may have control over their army with some type of magical power. This power also appears to corrupt the units in the army.

Finally, we got a release window of May 2020 for New World. This new IP looks promising and it’ll be interesting to learn more details on the leadup to its release date.