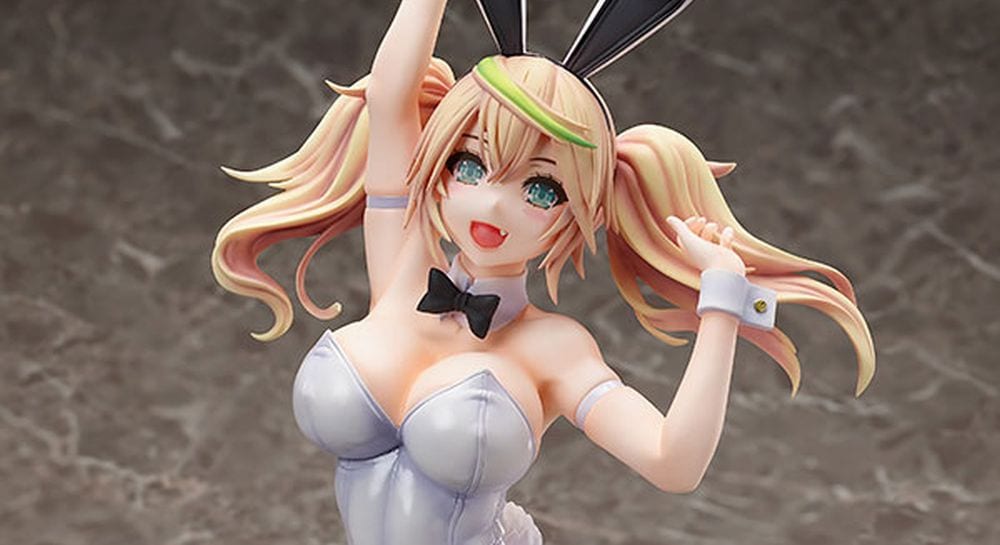 While western gamers are eagerly waiting for Phantasy Star Online 2, the franchise is getting not just one, but two figures.

To be more precise, both figures portray Gene, the heroine from the mobile spinoff Phantasy Star Online 2 es.

The first is her Stella Memories version by Kotobukiya, which will be released in May 2020. AmiAmi has her priced at 13,860 yen, which translates into approximately $127.

Sculpted by Hoyaman, she comes in 1/7 scale and stands at 224 mm tall.

The second figure comes from FREEing, which means that you can probably guess the theme. It’s the brand’s iconic bunny girl version.

AmiAmi’s price is 22,820 yen, which roughly translates into $208. The relatively steep price is balanced by the fact that it comes in a rather massive 1/4 scale, measuring 350 mm despite the kneeling pose.

She will be released in September 2020, so you have almost a year to save up.

You can check out what both figures look like in the gallery below.