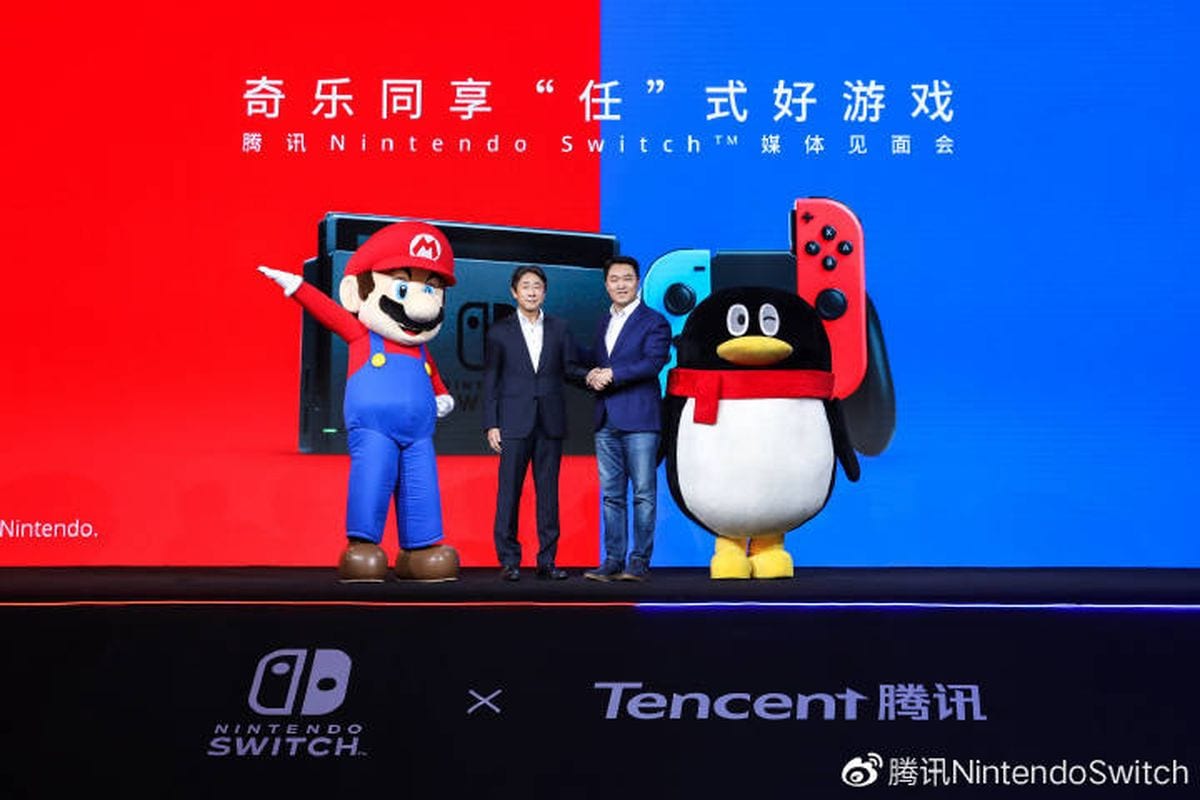 Publishers Nintendo and Tencent have officially announced the launch date of the Switch console in China as Dec. 10 at a launch event in China today. The slightly renamed “Tencent Nintendo Switch (Official Mainland China version)” will cost 2,099 yuan ($298) ad come with a year warranty. Games will be priced at around 299 yuan ($42).

Today’s event provided the first information on which content will be made available on the system. You can check out some images below highlighting exactly that, courtesy of Nike Partners’ Daniel Ahmad.

The event also showcased our first glimpse of the Chinese Switch eShop.

Ubisoft, ever the keen supporters of Nintendo, has already pledged its support to localize a number of its games:

Ubisoft has released a video showing it will support Nintendo Switch in China with 4 titles initially.

Nintendo’s leadership and investors have been keen to penetrate the Chinese video game market for some time, which many believe represents massive potential as a huge untapped market. The region is, however, dominated by smartphone gaming, so its success is far from guaranteed.

“Grey market shipments of Nintendo Switch hardware and software have been strong in Mainland China over the past two years. We expect Nintendo Switch to be the market leader in China by 2022, overtaking the PlayStation 4 in lifetime sales.”

According to one storefront, pre-orders for the console are already at 50,000:

Over 50,000 Tencent Nintendo Switch Consoles have been pre-ordered on https://t.co/jM16xxUgwO. pic.twitter.com/fG6t6nrqB8

Nintendo has already released its first Chinese advertisement, too.

For its involvement in the partnership beyond a distribution a partnership, Tencent will be both helping to build simplified Chinese language versions of Nintendo games, as well as providing cloud services for Switch’s online functionality, and tweaking the eShop to work with WeChat Play.