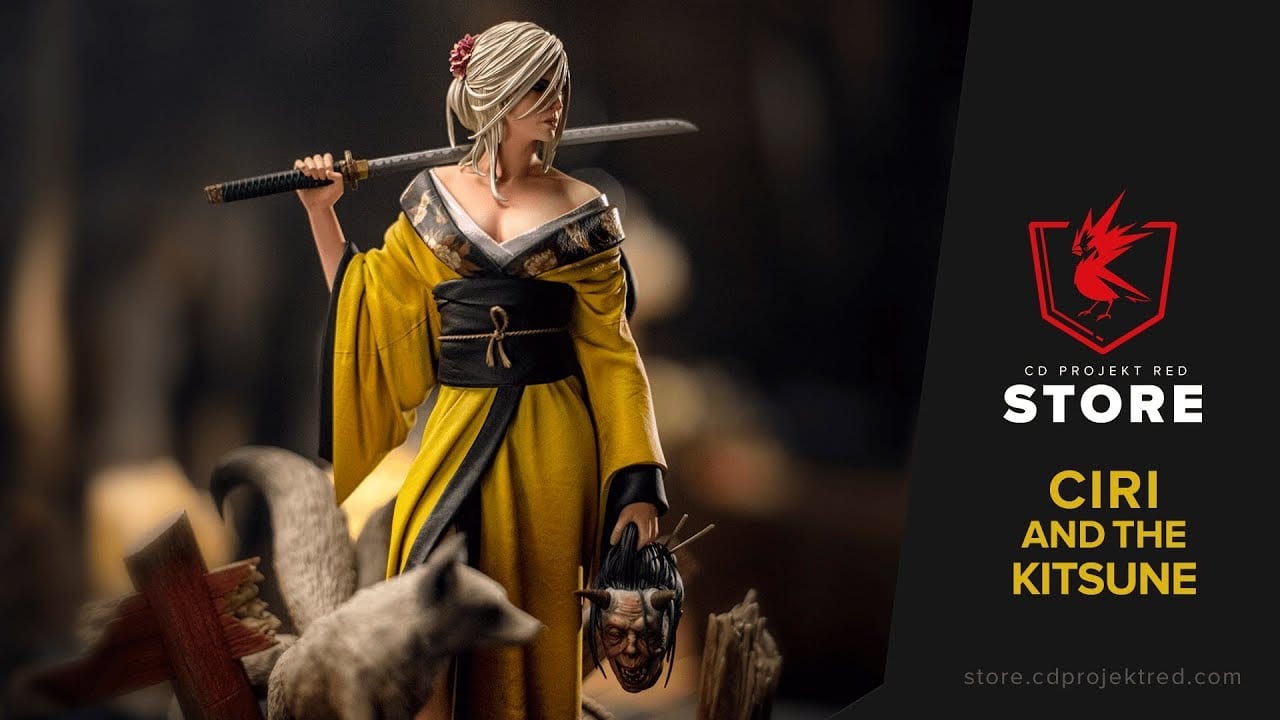 CD Projekt Red’s merchandise store has a treat for you just in time for Christmas. Ciri and the Kitsune is a new figure that follows the same Witcher-Japanese fusion of the publisher’s previous Ronin Geralt statue.

Ciri looks ravishing in her yellow Komono, but with her katana primed and ready to strike you certainly wouldn’t want to look at her the wrong way.

The statue features some very impressive detail that’s a cut above what’s available from third-party companies found on digital storefronts like Amazon and eBay. Each figure is said to have been carefully hand-painted based on the color scheme prototyped by award-winning miniature painter Matt Cexwish.

CDPR tees up the design premise:

“The Lady of Space and Time is not bound to any single realm or era — and there are entire worlds of contracts open to one so deadly and determined.

This 14-inch, hand-painted figure depicts Cirilla Fiona Elen Riannon, heir to the Elder Blood, as an accomplished monster slayer during a turbulent time in Japanese history.

Ciri’s innate talent, and the skills acquired during her witcher training at Kaer Morhen, make her a warrior of immense power. One with no equal. Accompanied on a contract by a wise Kitsune spirit, Ciri emerges victorious from the devastated ruins of a sacred Shinto shrine — the scene of a fierce and destructive battle with a dangerous yōkai.”

The Ciri and the Kitsune is yours on the CDPR merchandise store for around $270. Bargain.

You can check out a new trailer highlighting the figure’s detail below.

Now we definitely need that Samurai-inspired Witcher game we’ve written about before.