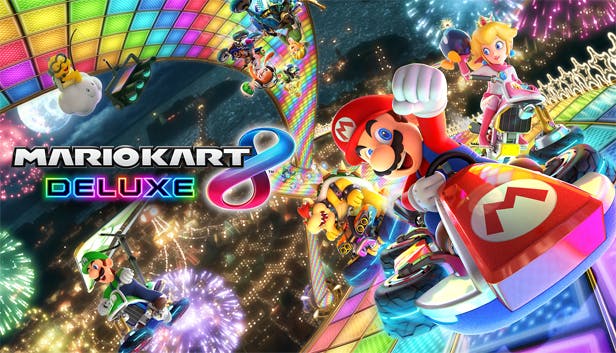 Mario Kart 8 Deluxe has shot back into the UK boxed retail sales’ top three after a week that saw no new releases. FIFA 20 remains on top, with Call of Duty: Modern Warfare second, and Jedi Fallen Order dropping one spot to fourth behind Mario Kart 8 Deluxe.

Nintendo’s latest version of its iconic kart racer has been a strong performer in the UK since its release, which has helped it achieve over a million sales in Europe. It’s consistently made Ukie’s top 10 for a number of months, too, but a recent Black Friday bundle has seen it back mixing it with much more recent releases.

That includes displacing Respawn’s acclaimed Star Wars: Jedi Fallen Order and Pokemon Sword & Shield, which experienced a 41% and 38% week-on-week dip in sales respectively according to Gamesindustry.biz.

Gamesindustry.biz also notes that Just Dance is the only other game to see a week-on-week sales increase. Up by 16%, sales were mostly driven by Nintendo consoles — both the Switch and the original Wii, which unbelievably sold more than PS4 and Xbox One versions.

Overall, it was another good week for Nintendo in general with four titles in the top ten, including Luigi’s Mansion in addition to other aforementioned games.

You can check out Ukie’s Top 20 below.

To compare this week’s charts with last it’s here.

Prince of Persia: the Dagger of Time Trailer Is Likely Not What You Think It Is

5 Things Destiny 2 Needs to Actually Feel Like an MMO