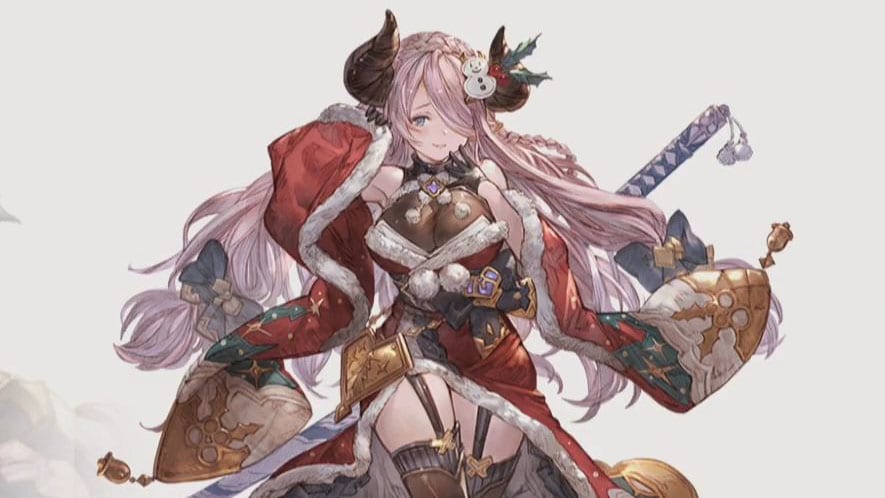 Today Cygames had some news to share about upcoming content for its popular mobile game Granblue Fantasy.

The reveal were made during a livestream from Granblue Fantasy Fes, which is being held at the Makuhari Messe in Chiba, near Tokyo.

First of all, we get a tease of the next among the Twelve Divine Generals (who will likely be revealed tomorrow). Of course, she’s themed after the Chinese zodiac like the rest of the generals. More precisely, her theme will be the year of the rat (2020).

Moving on to the reveals, we get to see a few Christmas characters revealing tomorrow, specifically Seruel and Narmaya.

Seofon is getting a santa skin with removable fake beard, while Seruel’s fate episode will feature a look at his young self on top of Naoise and Heles.

If you’re interested in music, Yuisis’ character song will be released on January 22 (I wouldn’t be surprised if we get a taste tomorrow), while the next coming in spring of 2020 will be Aoidos’ song.

Last, but not least, here’s a treat for those saddened by the absence of Djeeta in the anime.

A special episode of Granblue Fantasy The Animation Season 2 will be broadcast in March to celebrate the anniversary of the game featuring everyone’s favorite heroine. Details and precise timing will be announced at a later date.

On top of this, we learn that the Gachapin Roulette will return for the Holidays. It’ll come on December 22 and it’ll end on January 4, featuring up to 200 free draws a day depending on your luck.

Incidentally, users of the mobile game will be able to receive several bonuses by playing Granblue Fantasy Versus for PS4 and by purchasing the DLCs (which incidentally include playable Djeeta).