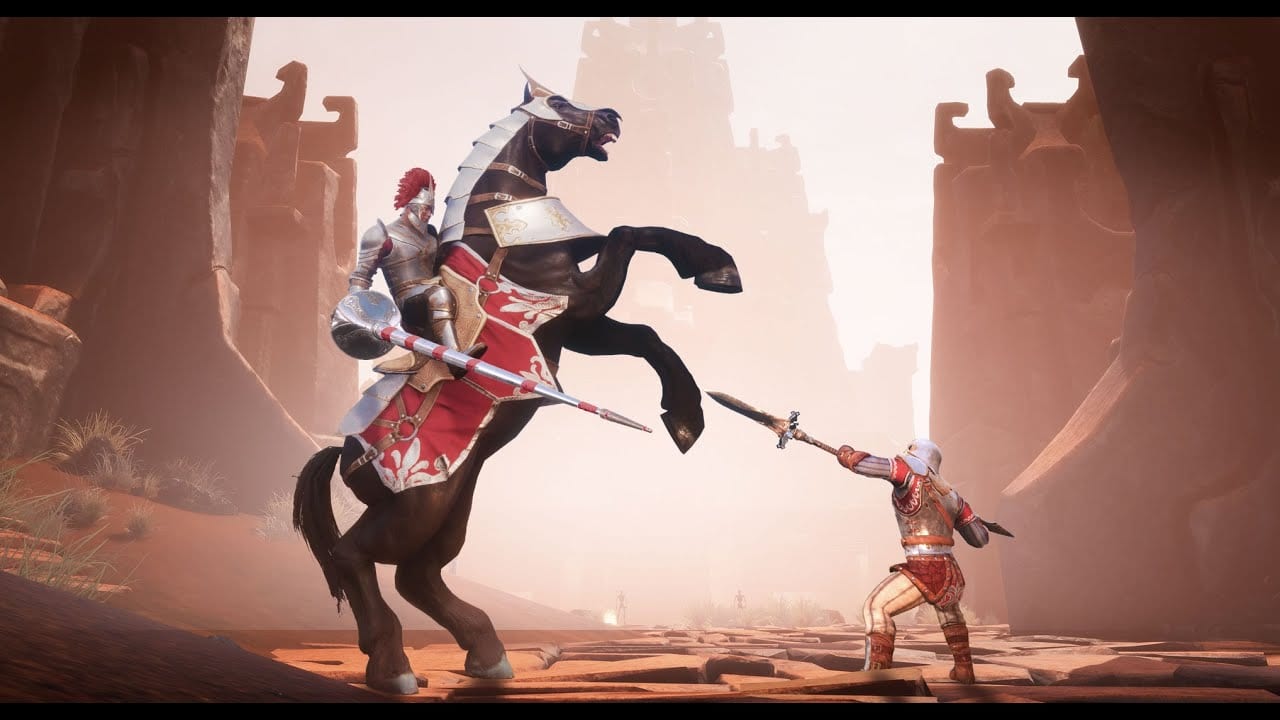 As expected, one of Conan Exiles’ most hotly requested features since launch is finally out. From today, players will be able to capture foals, train them into valiant steeds and ride them into battle. Additionally, the Riders of Hyboria DLC is also launching today, which introduces a bunch of new decorative options, weapons, and building pieces. Developer Funcom has celebrated the simultaneous launches with a new trailer.

Today’s free update grants everyone the opportunity to acquire horses, cutting traveling time significantly, as well as adding a new dynamic to combat.

Also, a new follower leveling system is also in place, meaning Exiles can gain experience points for their thralls, pets and horses. Followers will also be able to gain random perks, some of which are rare and powerful.

“Since the beginning, mounts and mounted combat have been a part of the dream that shaped Conan Exiles. It is gratifying and exciting to finally deliver on that dream and give players the mounts and combat experience that they have been waiting for.”

As mentioned before, the Riders of Hyboria DLC also releases today. It’s available for $9.99 all platforms and as part of the Year 2 Season Pass. Here’s a breakdown of the content included:

You can check out the trailer below to see the new content in action.