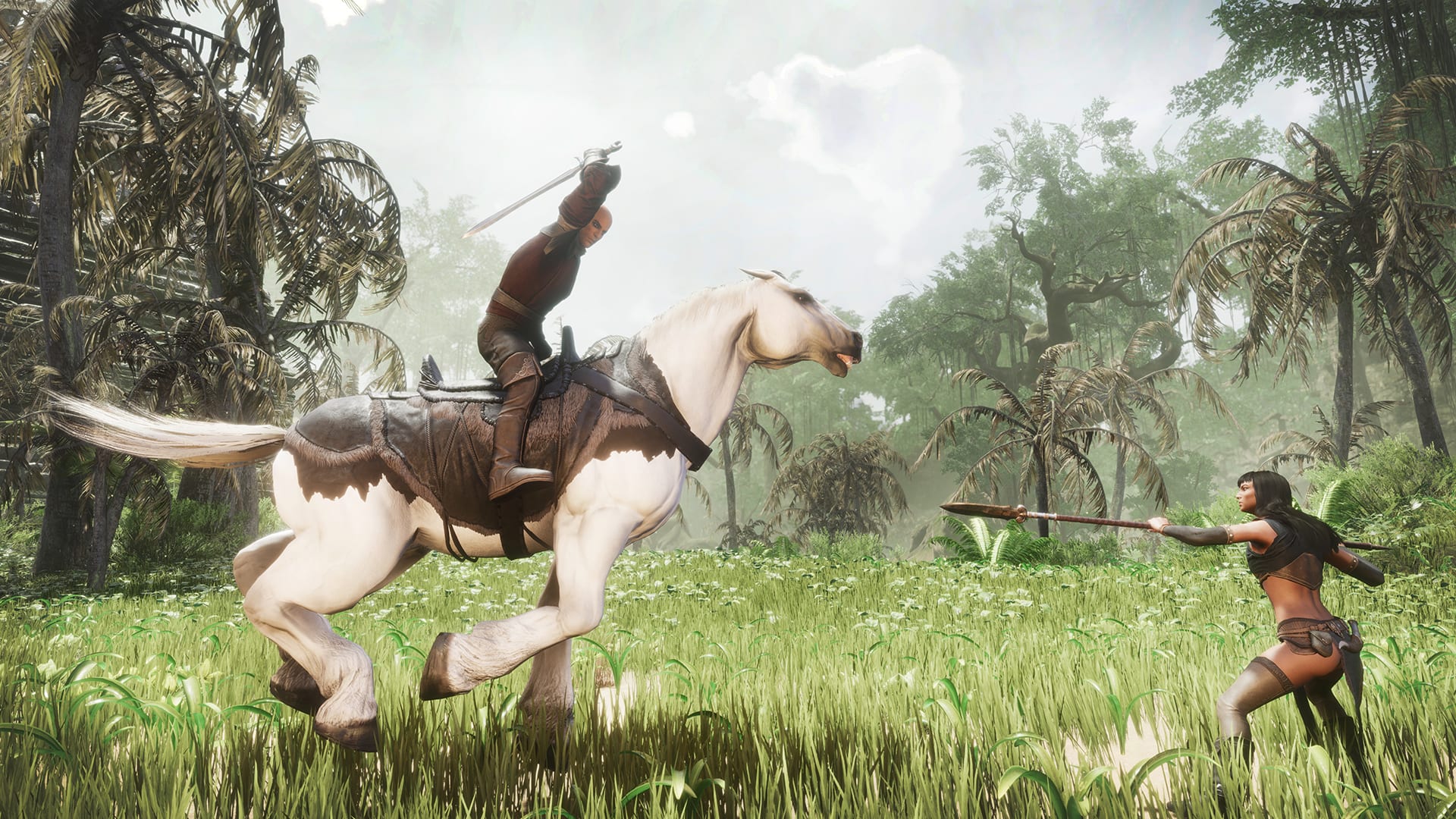 Developer Funcom has revealed that it plans to release the much-anticipated mounted combat for Conan Exiles later this week, Dec. 5, which includes the latest DLC pack, Riders of Hyboria.

The news comes by way of an official announcement made over on the Conan Exiles forums by community manager Jens Erik.

We’re currently aiming to release mounts, mounted combat, the Riders of Hyboria Pack, and much more, on Thursday, December 5th. The plan is to release this on all platforms on the same date.

If you’re on PC you can try all these new features out on our Testlive branch.”

As Erik notes in his announcement, you can actually already sample a preview of the content if you’re playing on PC by accessing the Testlive branch — the contents of which can be viewed here.

The Riders of Hyboria DLC will feature six different cosmetic sets of horse armor (five saddles will come for free without requiring the DLC), as well as three sets of armor for your character alongside a set of weapons based on the Poitain region.

Elsewhere, it will also include a “Stable” T3 building sets and new cosmetic placeables, including stone paths and weather vanes. There’s a revamp to the game’s dodge mechanics also set to be introduced.