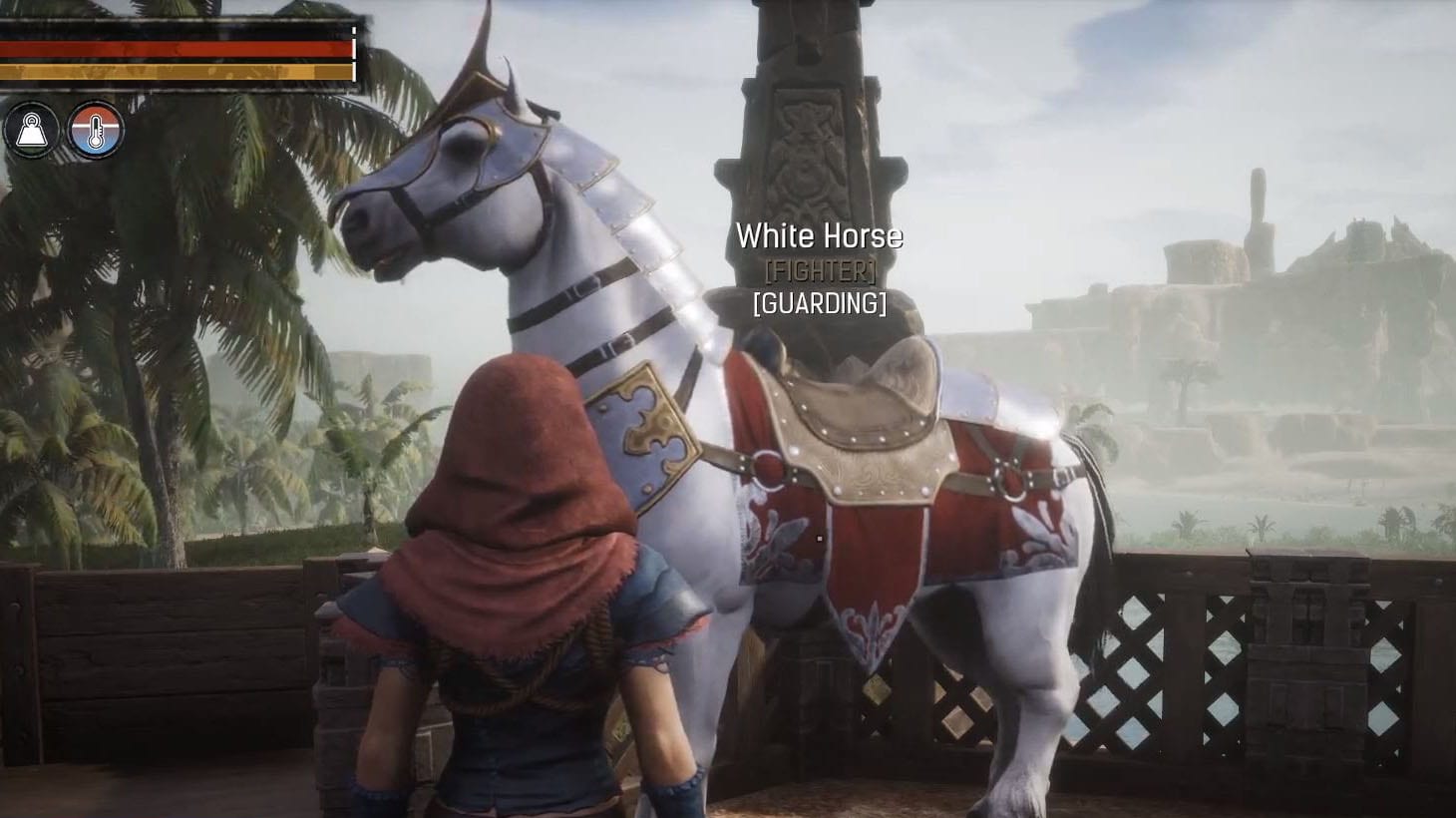 We get to see more mounted gameplay that will be released with a free update in December, and the contents of the Riders of Hyboria paid DLC that will accompany that release.

The DLC will go all the way to the roots of cosmetic DLC, featuring six different cosmetic sets of horse armor (five saddles will come for free without requiring the DLC).

Luckily, this won’t be entirely an Oblivion-like case, as the DLC will also include three sets of armor for your character alongside a set of weapon based on Poitain, the southern region of Aquilonia in which chivalry is a widespread tradition.

Interestingly, the building sets included gate frames and Lead Designer Alexander “Alex” Shumeyiko took the change to tease that the frames are large because “something larger” might have to get through.

This is pretty obviously a tease of bigger mounts coming down the line. Alex isn’t exactly subtle when he teases.

At the end of the video, we also get to see more of the upcoming dodge mechanics.

Another large update is going to come in the first half of next year, but we don’t yet know what it’ll entail.

Conan Exiles is currently available for PS4, Xbox One, and PC.