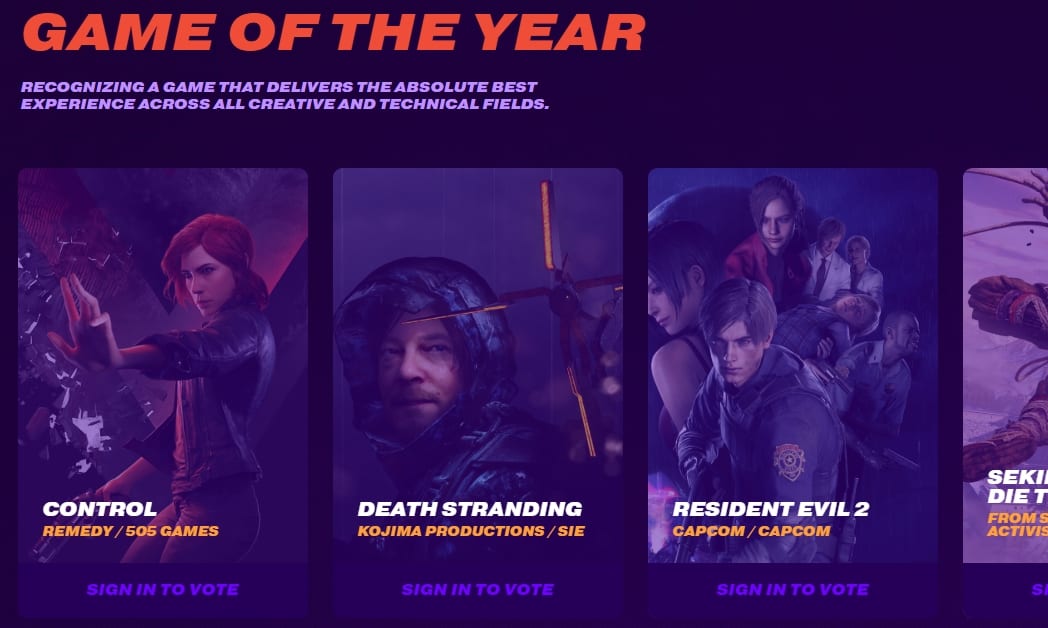 The nominees for The Game Awards 2019 have been announced with several games tied for at least three nominees in several categories.

Other game announcements are expected to be unveiled. Last year’s event announced everything from a new Mortal Kombat title to Rocket League DLC.

The Game Awards 2019 will be hosted by Geoff Keighley and will take place at the Microsoft Theater in Los Angeles on Dec. 12 at 8:30 p.m. ET. Anyone can vote and see the entire nominee list at the official Game Awards website.