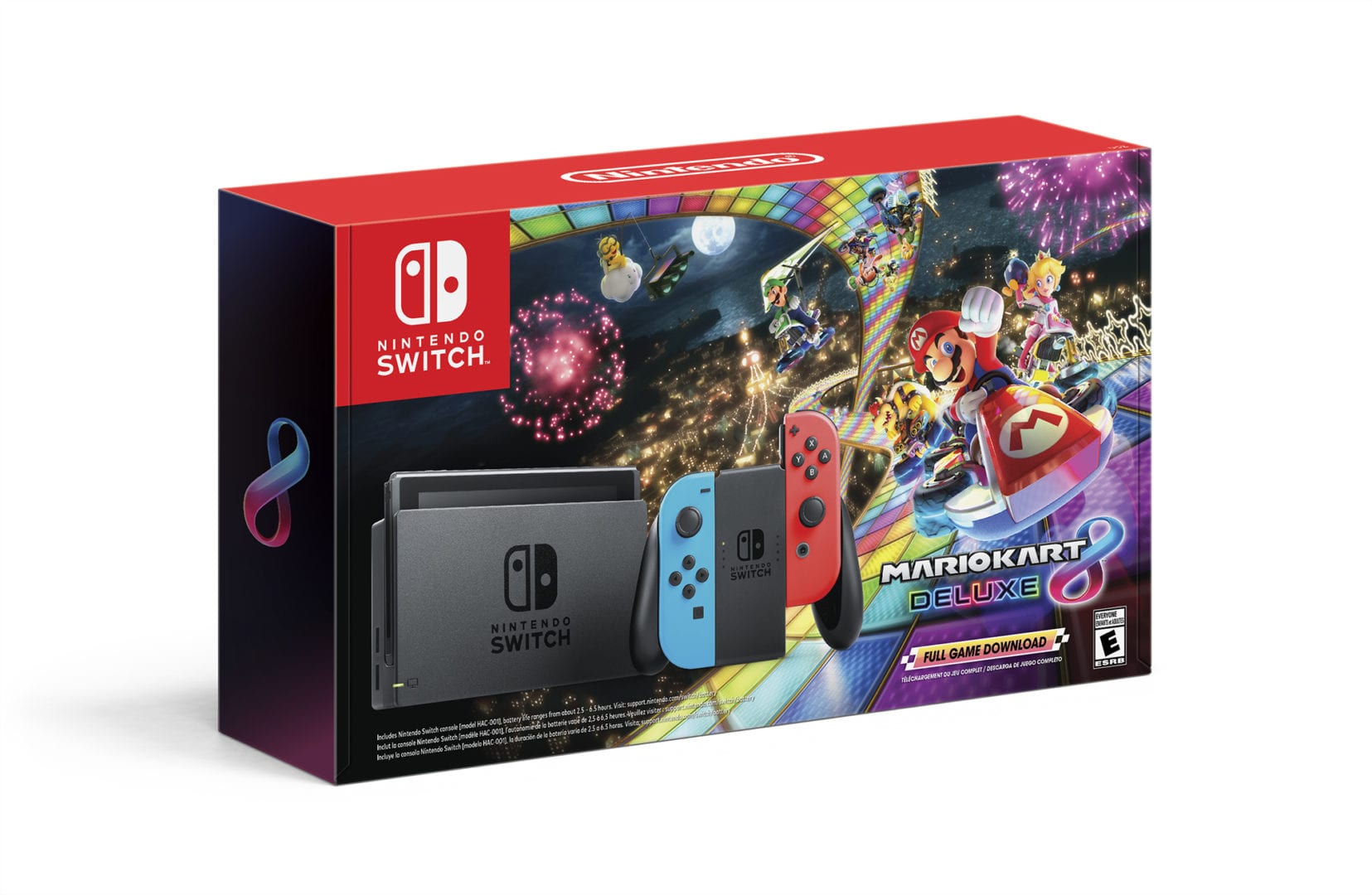 Earlier today, Nintendo revealed its sales offerings for Black Friday 2019. Several first-party titles are seeing a small discount, Joy-Con’s are on sale, and there is a Switch bundle for $299 that includes Mario Kart 8 Deluxe… the exact same bundle from last year.

Hey, paying $299 for a new Switch and a copy of one of the best-selling Switch games is a sweet Black Friday deal but unfortunately, the improved Switch model that Nintendo released this past summer will not be included in the bundle.

If you weren’t aware, this new Switch model was pushed into stores in August and features an increased battery life but Nintendo didn’t really advertise it too much as it didn’t act as a replacement for the OG Switch model.

Spotted by Wario64 on Twitter, you can see right there in the fine print that the old model will be included in the bundle and not the revised one.

If you’re still interested in the bundle, you’ll be able to purchase it at Best Buy, Target, Walmart, GameStop, and on Amazon starting on Nov. 28.

In other Nintendo-related news topics, the house of Mario and Zelda recently announced that the Switch has managed to sell over 10 million units in Japan and worldwide, the hybrid console has shipped 41.67 million units.