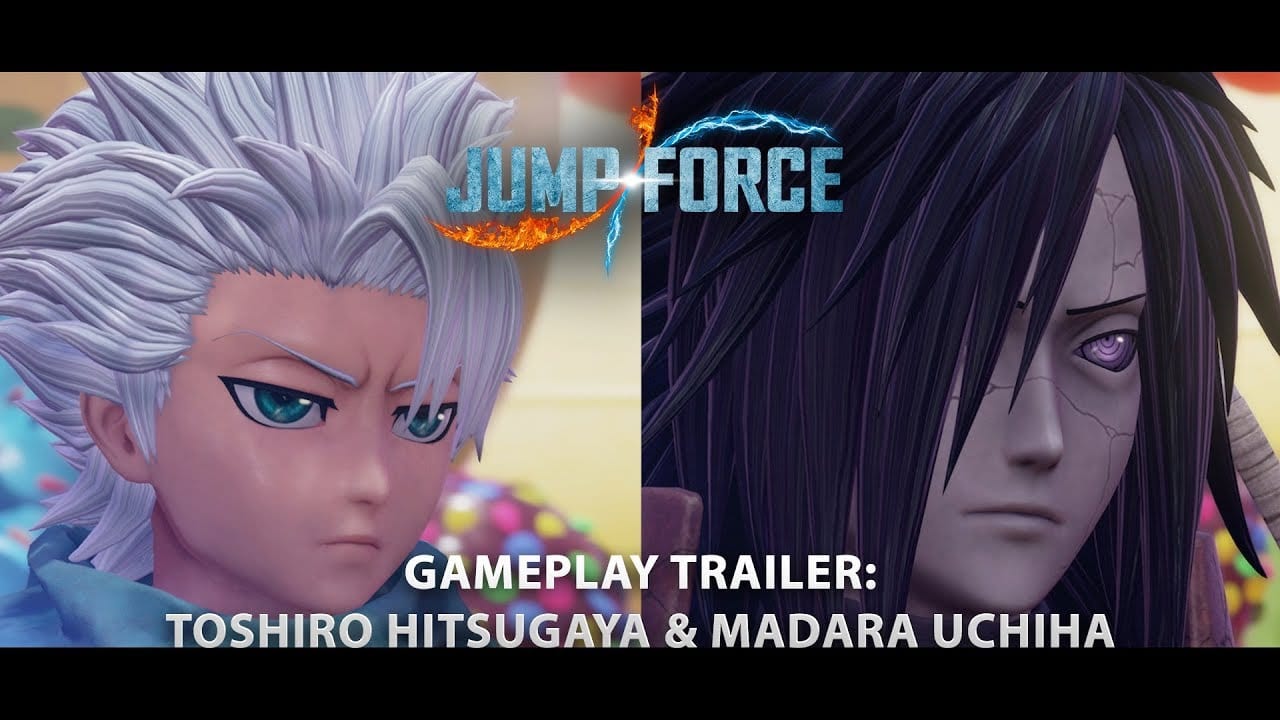 Both characters are from other popular anime licenses; Madara Uchiha from Naruto, and Toshiro Hitsugaya from Bleach. Their official character bios from developer Spike Chunsoft are as follows:

Today, the trailer gives us a look at the pair battling out to the backdrop of the vibrant and whimsical new Cake Island stage. Both characters’ special abilities are on full display as they pummel each other.

Both new Jump Force characters along with the new Whole Cake Island stage, will be available this Friday, Nov. 15, 2019 as early access to anyone who owns the Jump Force Character Pass. For everyone else, the DLC will become available Nov. 19.

Today’s trailer follows on from two previous ones that put a spotlight on both characters back in October. You can watch them here and here.

Jump Force is available now for PS4, Xbox One, and PC via Steam.