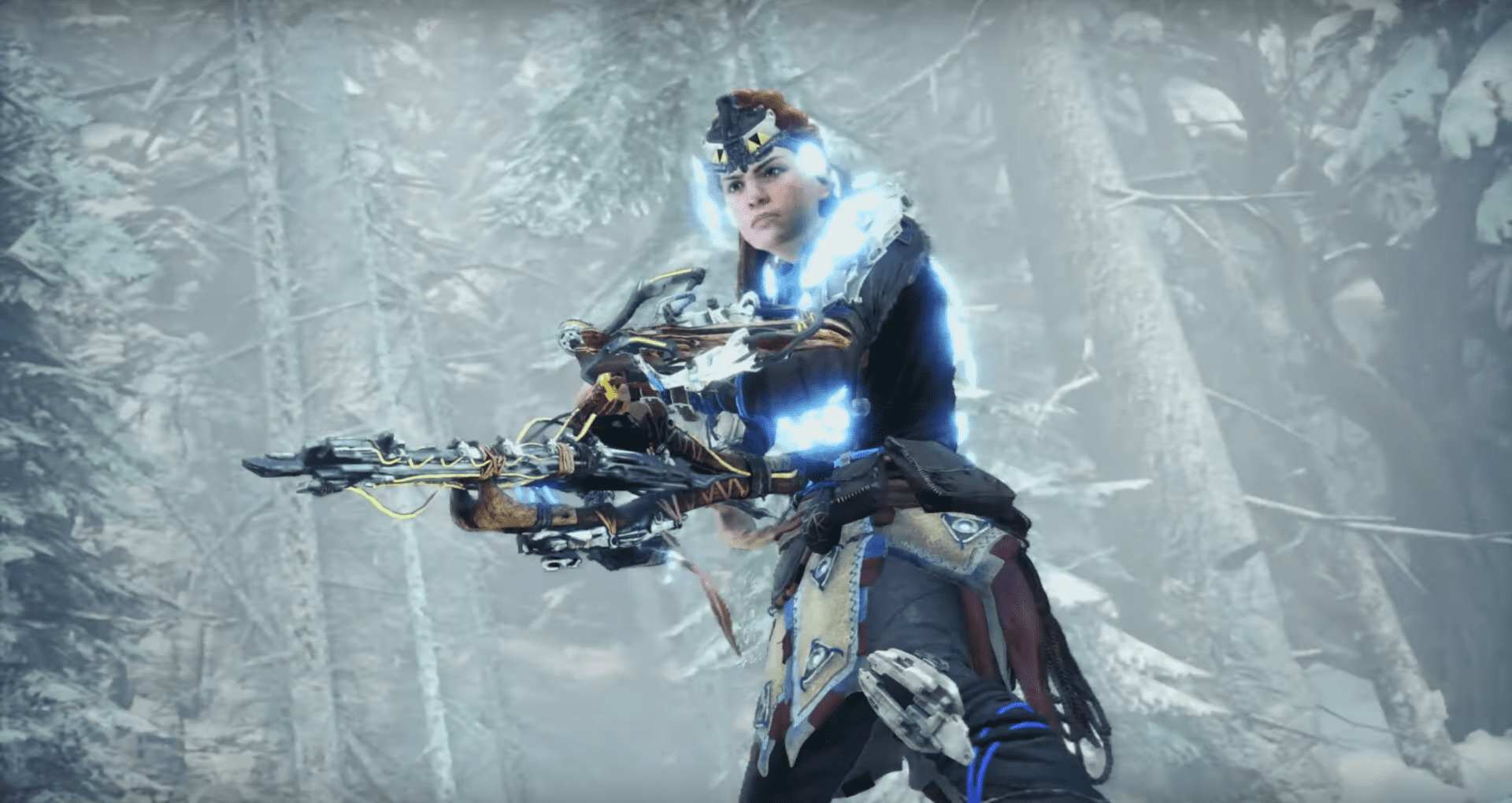 November is shaping up to be a great month for Monster Hunter World players. Just tomorrow, we’re getting the Resident Evil 2-themed Raccoon City event. And later in November, Horizon Zero Dawn is getting its own collaboration quest as well.

Announced via press release, Capcom will be making the Horizon Zero Dawn quest available on November 21, where players will be able to take part in a special quest to get materials used to craft equipment from the Sony exclusive title.

“The first round of an exclusive Horizon Zero Dawn: The Frozen Wilds collaboration will become available starting Nov. 21, giving players who are MR24 or above a chance to craft a Light Bowgun based on Aloy’s Stormslinger Prototype.

Additionally, hunters will receive a Pendant designed as Aloy’s Focus that they can attach to their favorite weapon upon completing this special quest.”

As noted in the description above, players do need to own the Iceborne expansion and reach MR24 to be able to take part. In addition to that, because Horizon Zero Dawn is a PS4 exclusive title, this quest is only available to Monster Hunter World players on PS4.

If your rank isn’t high enough yet, there are incentives in place for Iceborne players to help lower rank hunters level up, so it’s definitely recommended that you play online.

It’s definitely a bummer, but also understandable. If you’re not playing on PS4, at least you’ll still be able to check out the Raccoon City event starting tomorrow, which comes with its own set of cool Leon and Claire-themed layered gear for your hunter. It also comes with new zombie-themed gestures and emotes, along with a paid DLC costume for the Handler which completely transforms her into the iconic, fedora-wearing Tyrant. And that is pretty much worth everything.

Monster Hunter World: Iceborne is now available on PS4 and Xbox One, and will be coming to PC early next year.