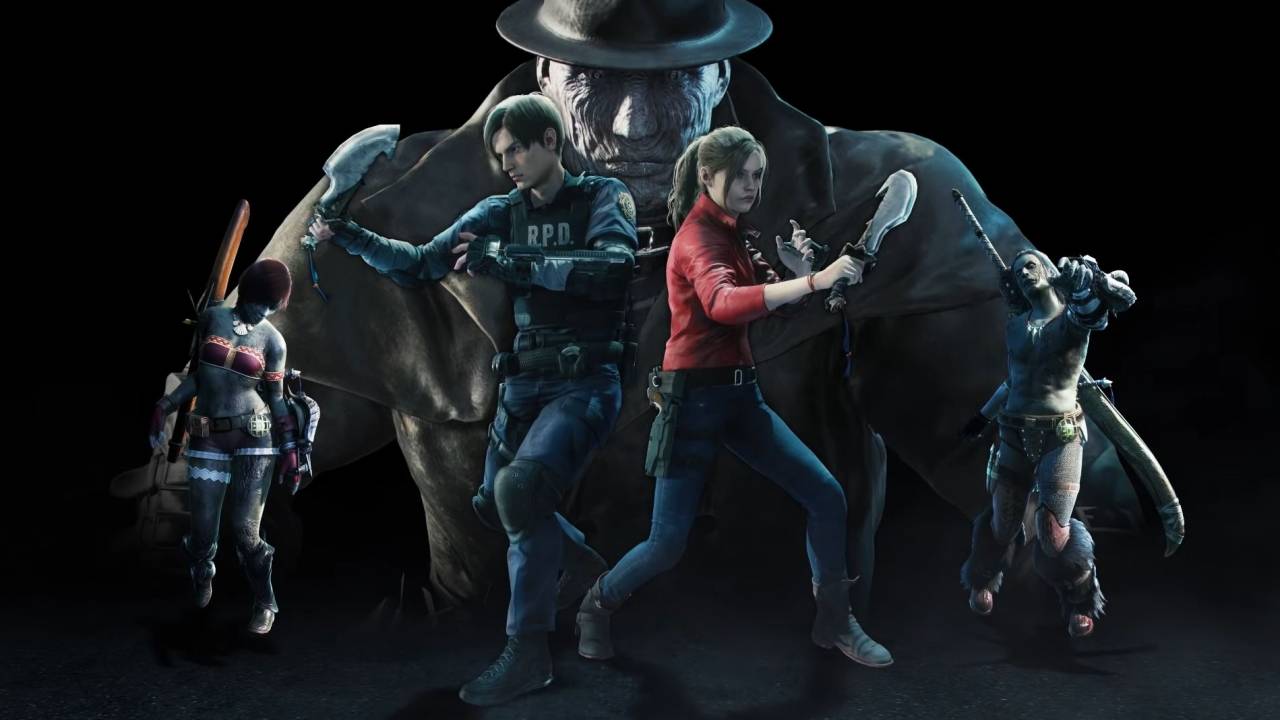 It was shown off in a hilariously awesome teaser trailer a while back, but now it’s finally happening. Capcom has just announced via press release that the Resident Evil 2 Raccoon City collaboration event will be coming to Monster Hunter World: Iceborne on Nov. 7, 4 p.m. Pacific Time.

“As part of this special collaboration, hunters can acquire materials upon completing the event quest (MR20 or above) to craft Leon α+ and Claire α+ layered armor sets plus three Raccoon City themed pendants to spruce up their favorite weapons. Additional rewards for completing the event quest include two new gestures, allowing hunters to shuffle like zombies or even zombie bite a nearby monster to deal damage.

Raccoon City also takes over Your Room, with a variety of themed decorations available for hunters to deck out their pads in survival horror style, including the iconic typewriter and item box (which of course includes the ability to save game progress and store your items respectively). Thanks to last month’s title update, players can also show off their macabre abodes as friends can visit each other’s rooms.”

In addition to that, the update also includes a paid DLC costume for the Handler, and transforms her into the fedora-wearing Tyrant himself from Resident Evil 2.

It’s also worth noting that in order to get the Leon and Claire-themed layered armor, you’ll need to have the Iceborne expansion and reach at least MR20.

Monster Hunter World: Iceborne is now available on PS4 and Xbox One, and will be coming to PC early next year.