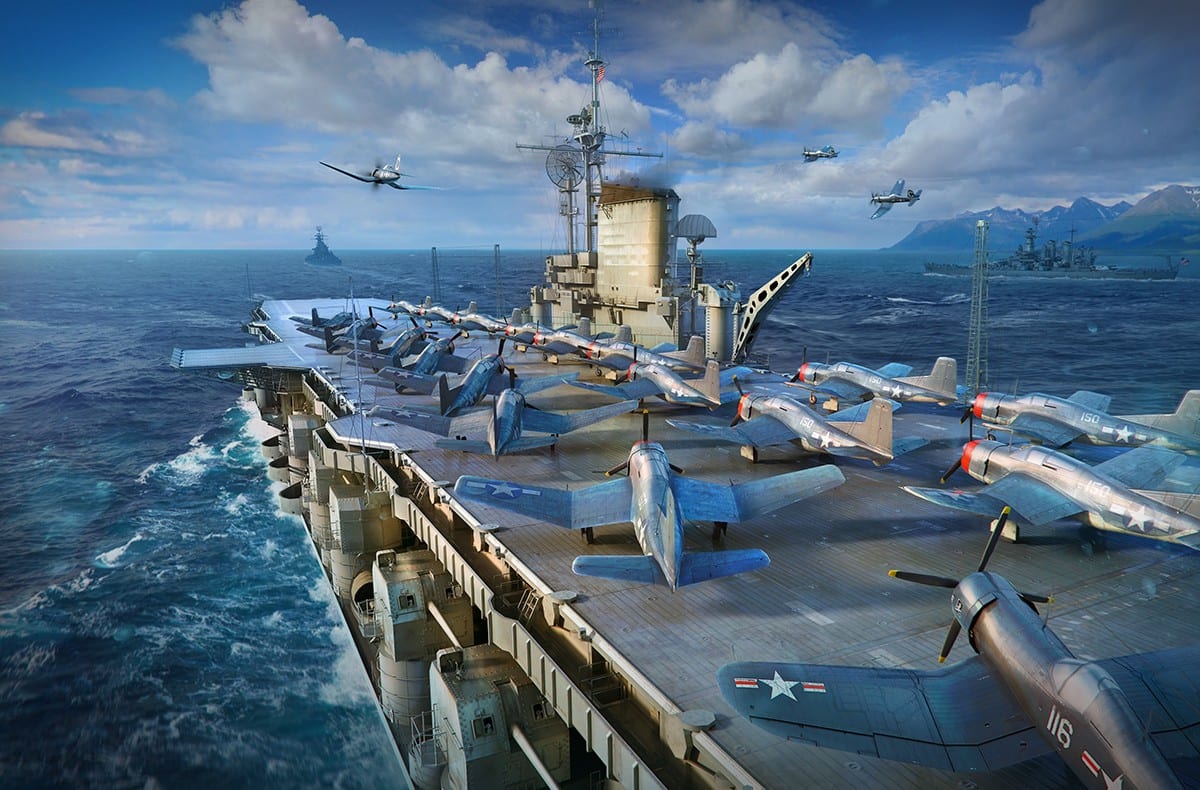 Developer Wargaming has partnered with Lionsgate to promote the new Midway film, premiering worldwide tomorrow, Nov. 8, by offering a host of special combat missions in its popular naval strategy game World of Warships.

Special battle missions will be running until Dec. 5, granting participating players who successfully beat them the IJN Kaga aircraft carrier and the IJN Saipan.

Of course, World of Warships already includes the pivotal Battle of Midway, which saw the United States Navy decisively defeated an attacking fleet of the Japanese Imperial Navy near the Midway atoll in the Pacific Ocean and is obviously the setting for the new movie.

Wargaming continues to support World of Warships with new content, and today’s news follows on from a recent patch that added a new cruiser class ship, French battleships, changes to the commander system, and a spooky Halloween event called Saving Transylvania operation.

Today’s crossover event announcement isn’t the first time Wargaming has partnered with another studio, either. Earlier this year World of Warships teamed up with the Japanese game Azur Lane for a limited time crossover.

World of Warships is a free-to-play experience available on PS4, Xbox One, and PC.