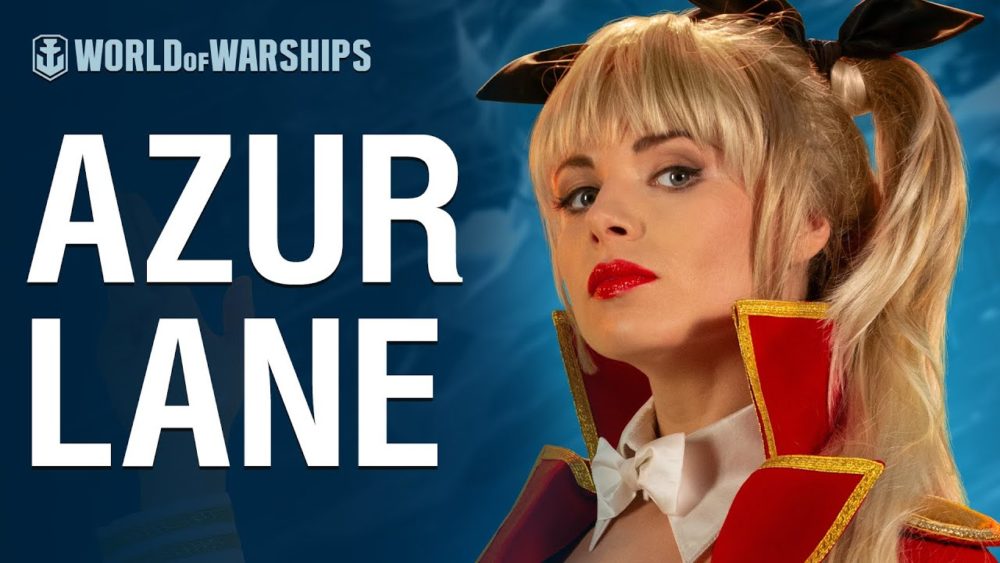 The crossover event between Azur Lane and World of Warships started yesterday, but today Wargaming released a trailer and it’s… peculiar.

While the Japanese trailer for the event was pretty much as you would expect, the western arm of the developer had something different in mind. They put World of Warships poster girl Dasha Perova in Azur Lane cosplay (portraying shipgirls Hood and Nelson from Azur Lane), added some computer graphics magic, and created a video that can be really epic or really weird depending on how much you like an enormous injection of weeb.

As we see Ms. Perova in full cosplay posing and speaking with Hood and Nelson’s Japanese voices, the word “Chuunibyou” certainly comes to mind. Of course, that’s all in good fun.

Speaking of Nelson, you can get her pretty easily as a commander in the game by completing the dedicated Personal Assignment. Grabbing the other captains (besides Azuma) requires real money and luck with the containers to get the ones you like.

You can check out the video for yourself below. It’s certainly something.

Speaking of Azur Lane, yesterday we heard that Azur Lane: Crosswave for PS4 is coming west next year.