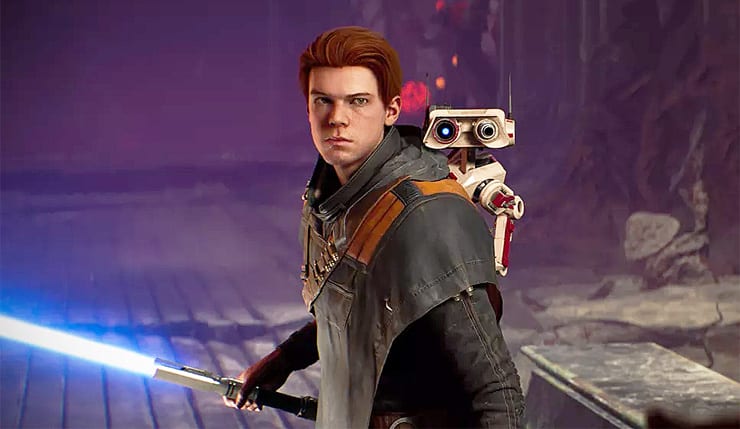 Star Wars Jedi: Fallen Order is finally here, and given its Soulsborne inspirations, you wouldn’t be blamed for being unclear on whether it has some hidden multiplayer elements. That’s why we’re here to answer the question: Is there co-op multiplayer in Jedi Fallen Order ?

Is There Co-Op Multiplayer in Jedi Fallen Order? Answered

To put it plainly, no, there is no co-op multiplayer in Star Wars Fallen Order. The game is a strictly single player experience, focusing its energy on crafting an engaging story and gameplay tailored to those playing the game on their own.

It’s something that has been confirmed about the title in the past, and while the game’s developer Respawn Entertainment has made multiplayer games in the past, their focus was and is dedicated to single player for this game.

This may be a bit of a bummer – especially if you were hoping you could tackle levels and bosses with a group of lightsaber-wielding friends a la co –op similar to Dark Souls’ or Bloodborne’s – but it’s also a boon for those who have held out for a new single player Star Wars game over the past few years.

Will There Ever Be Co-Op Multiplayer in the Game?

As for whether co-op multiplayer might be added to Star Wars Jedi: Fallen Order at a later date, chances are slim.

As mentioned above, single player has been the focus of the game’s design since its inception. As a result, its implementation would be a huge endeavor for Respawn to implement after launch.

It’s still technically possible if there were a strong enough outcry for its inclusion, though given how excited fans have been for a single player Star Wars game to come out, that isn’t likely to happen.

Hopefully this cleared up whether Jedi Fallen Order has co-op multiplayer. For more on the game, check out our guide wiki. For other content tied to the game, consider this behind the scenes video that dives into the design inspirations for the game’s droid companion BD-1.