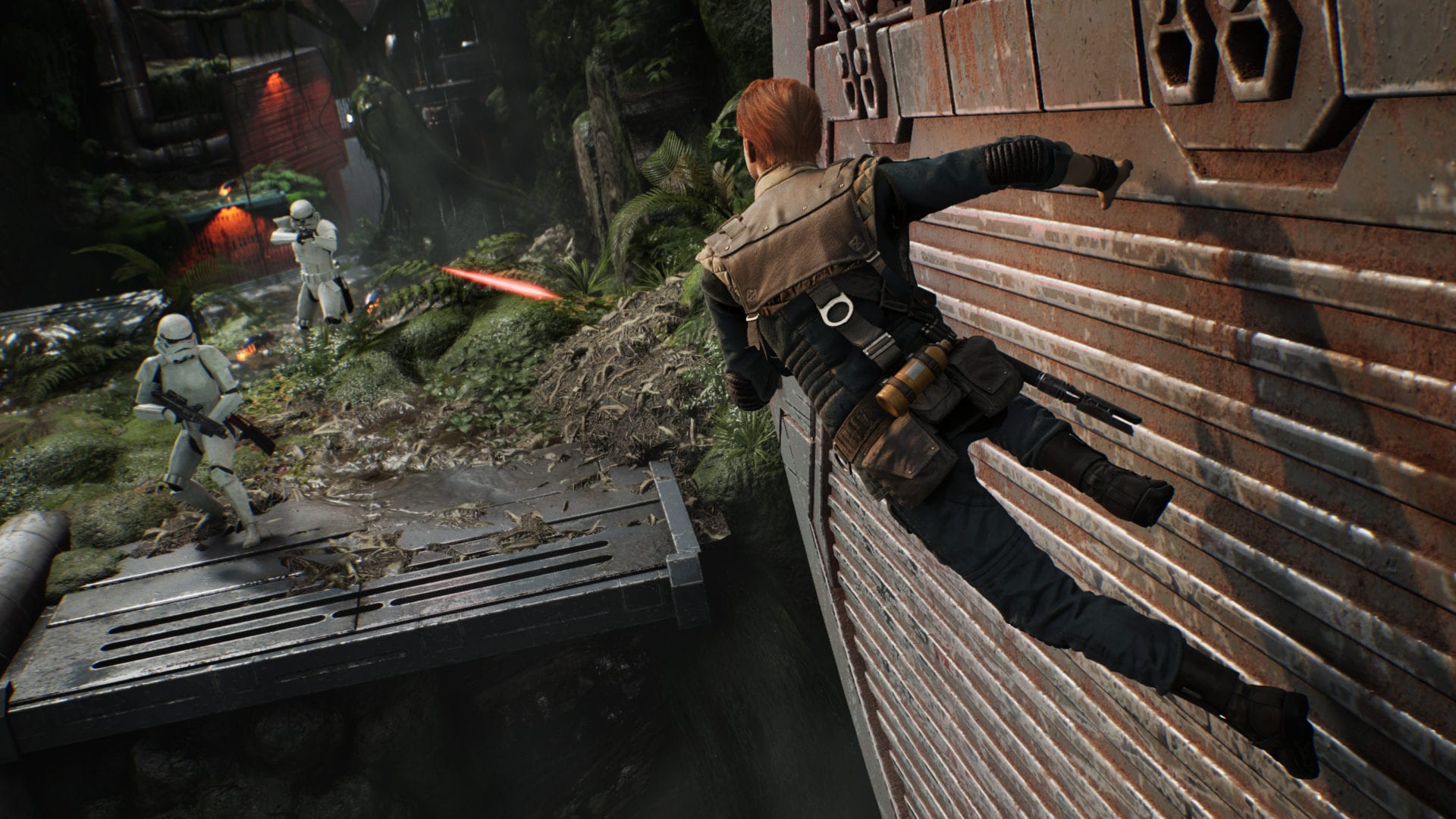 Star Wars Fallen Order puts you in the shoes of Cal Kestis, a Padawan on the run from the Empire in the wake of Order 66. You’ll need to use all of Cal’s abilities to survive, including his various means of traversal. One of the most useful you’ll gain access to is the wall run. With that, here’s everything you need to know about how to wall run in Jedi Fallen Order.

How to Wall Run in Star Wars Fallen Order

If you’ve played Respawns previous Titanfall games, you know that wall running is a major aspect. The same can be said about Star Wars Fallen Order, but you won’t have access to it immediately.

Just play through the first planet of the game until you have to head to the Jedi Temple. As you make your way there you’ll come upon a wall with distinctive grooves on it, and Cal will pick a Force Echo that gives him a flashback to his Jedi training. Now you’ll be able to wall run.

In Fallen Order a lot of the traversal will force you to chain runs together, or with other abilities, but before that you’ll need to know how to jump. Below you’ll find a quick table detailing the controls for jumping.

Simply run and press the jump button to jump onto the wall and Cal will automatically wall run. Generally what you want to do is wait until Cal sees the run through, and the second he starts to drop hit the jump button again to jump off.

Now throughout the game keep an eye out for those same horizontally grooved walls, as that’s the note that you can run on them. It’s an ability that you’ll have to use time and again.

If you need any other help while playing, make sure to check out our Jedi Fallen Order guide wiki.