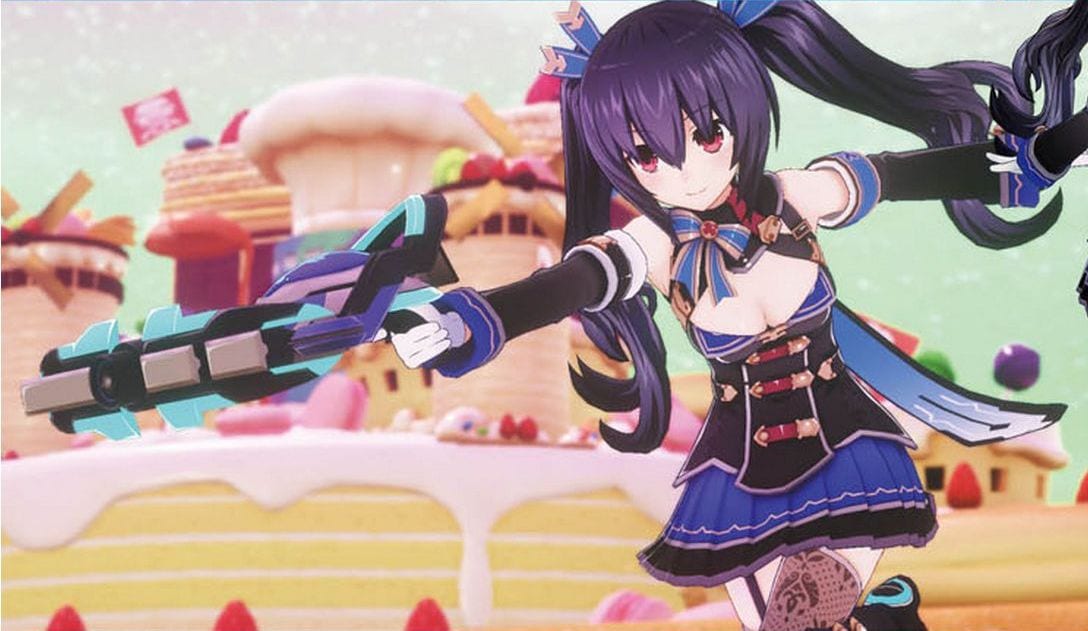 Today’s issue of Weekly Famitsu included a gallery of screenshots and the first details of the upcoming Hyperdimension Neptunia game titled VVVTune, which was revealed yesterday.

The story is fairly simple. While attending a gaming event, the four goddesses get transported to a completely unknown world named Emo, which is on the brink of destruction. There, they meet the virtual idols Yuu and Mii, and together they’ll have to fight to save the planet.

Yuu and Mii are the first two members of an idol unit named MEWTRAL. There are six members in total, and I have a feeling the names of the remaining will start with T, R, A, and L. If you put Mii and Yuu together, it sounds like “MEW.”

Mii is a bright and expressive girl on top of a newcomer virtual idol and virtual YouTuber. She overcomes all challenges with a fearless spirit.

Yuu’s dream is to become a popular virtual idol. Usually, she appears calm and cool, but when she is happy, here emotional side tends to surface.

The game is an action RPG with fields and dungeons in which the player can control the four goddesses and the virtual idols together. It includes a system suitable to virtual idols named BeatTik, including dance elements.

Virtual Idols use melee weapons like swords, and you can perform long combos with them. You can change the character you directly control depending on the number of enemies and how tightly packed they are.

There are plenty of exotic places in the world of EMO. For instance, a place named Cooknia includes buildings and environments literally made of sweets.

The BeatTik system lets you play dance scenes with Mii, Yuu, and their friends and also select their accessories for each show.

There’s also a feature named “Douga Butler” which is basically a parody of Nico Nico. It’s used by Virtual YouTubers to post their videos and interact with their fans. With each video, you can receive items randomly in order to help you with your adventure.

You can check out the screenshots below. If you want to see more, you can also watch the original teaser trailer.

VVVTune will release in Japan in 2020 for PS4, and development is 65% complete.

Here’s Some Pikachu ASMR for You

Ninjala Is Getting a Puzzle & Dragons Collaboration; Season 4 Details Shared in Latest Dev Diary
To Top