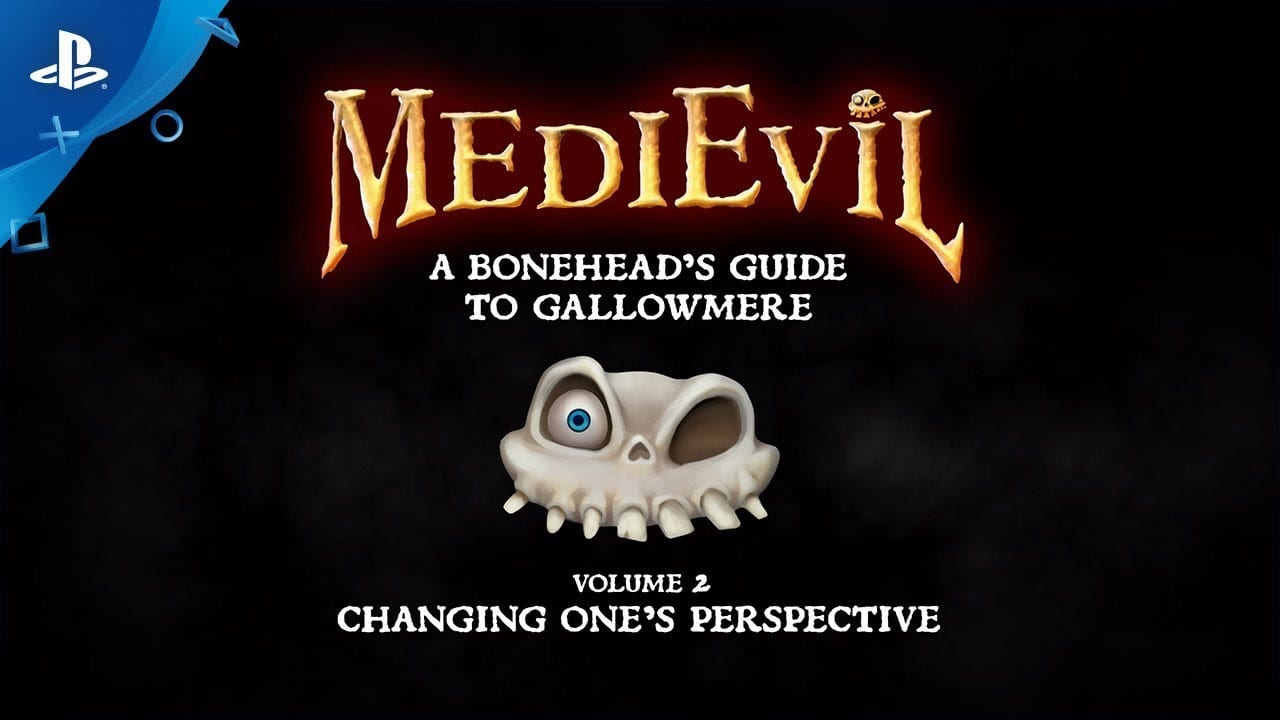 MediEvil’s Bonehead’s Guide to Gallowmere episode 2 has arrived, and this time we’re given the low-down on the importance of changing one’s perspective.

The MediEvil Remake carries over the same third-person perspective as the original game, which positions the camera quite high up and far behind Sir Dan. It provides plenty of peripheral vision, but it isn’t the best when it comes to executing actions that require more precision.

Enter the Dan Cam, MediEvil’s equivalent of the over-the-shoulder angle that’s pretty much a staple in most modern third-person action games.

Sir Dan can use the angle to see puzzles and secrets more clearly, and it’s particularly useful when aiming Sir Dan’s bow or lining up careful blows of his sword.

I’m not exactly sure how crucial all of this information is given that surely every modern video game player knows this sort of thing like the back of their hands, but hey, I won’t say no to more MediEvil footage.

Feast your eyes on the trailer below:

If you haven’t already, you can check out the first episode of A Bonehead’s Guide to Gallowmere out here, which was all about the importance of using one’s shield.

Elsewhere, a recent let’s play from PlayStation Underground highlighting the 1998 version’s graphics versus the remake was published recently, and that’s definitely worth a look.