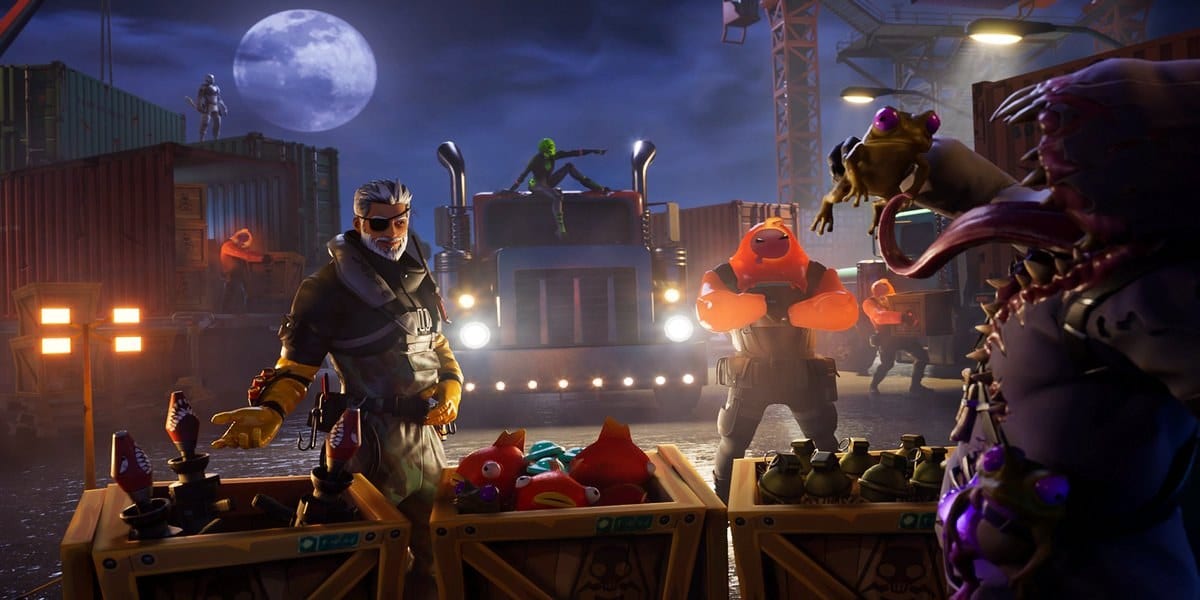 Where to Find Hidden ‘T’ in Fortnite Chapter 2

As is always the case, you’ll first need to complete eight of the Dockyard Deal Mission challenges before you’ll unlock the loading screen that goes by the same name.

The loading screen depicts some sort of shady deal going on at a dockyard in the game, with weapons crammed into boxes and a couple of characters looking over the wares. What we’re bothered about here, though, is where the clue for the hidden letter ‘T’ is on the loading screen.

As you can see in the edited loading screen above, we’ve actually circled where it’s hiding. The ‘T’ is up on the crane in Dirty Docks, so now it’s simply a case of making your way there in-game.

Dirty Docks can be found in grid reference H4 on Fortnite Chapter 2’s map. Make sure to head here, but don’t glide in too low just yet.

The crane that you’ll find the Fortnite hidden ‘T’ on can be found right in the south of Dirty Docks, right by the water.

Land on the walkway of the crane between the stairs that lead to each of the actual cranes here. You’ll find the hidden ‘T’ waiting for you just on the stairs to the west here, as shown in the screenshot below. It’s where we’ve put that Drift spray.

Getting the hidden ‘T’ in Fortnite will help you progress through the Alter Ego Mission which runs throughout the season. After collecting each of the hidden F-O-R-T-N-I-T-E letters in Chapter 2 Season 1, players will unlock a secret skin that hasn’t yet been revealed.

Collecting the hidden ‘T’ and then entering a Slurp vat while wearing a Rippley outfit will also unlock the Sludge style for the Rippley Vs Sludge skin.

For more tips, tricks, and guides, be sure to head over to our Fortnite Chapter 2 guide wiki, search for Twinfinite, or check out our other Dockyard Deal Mission guides below.