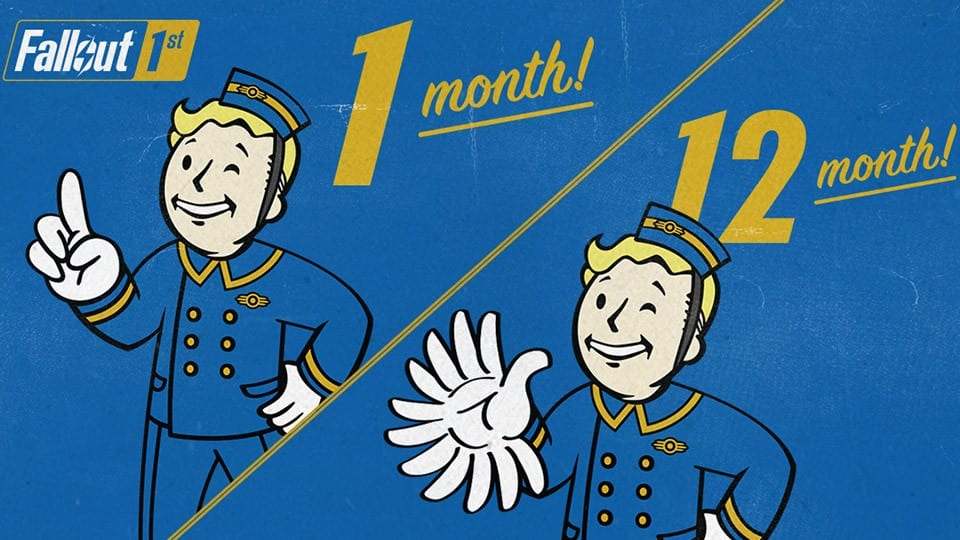 Fallout 76’s shaky launch has seen Bethesda under fire from disgruntled fans a number of times over the past 12 months. From criticism over the game’s numerous bugs and wonky mechanics to botched promotions like the notorious canvas bag debacle, Bethesda has struggled to steady the ship.

Now, they’ve potentially only gone and stirred the pot further. Only days after the delay of the anticipated Wastelanders update that was set to add NPCs to the game, the publisher has announced Fallout 1st, a “premium membership.”

Quite apart from introducing a different payment structure, Fallout 1st also benefits its members with some new features; most notably private worlds. What are private worlds, you may ask? Put simply, it’s a hotly requested feature that lets players and up to seven friends wander their own private wastelands.

On one hand, nobody can say Bethesda doesn’t listen to its fans. But the other side of the coin is that Private Worlds were set to feature in the free Wastelanders update that’s just been delayed, so now the only way to actually take advantage of the feature is to cough up and pay the new recurring fee.

Moreover, the way private worlds work isn’t straightforward. Apparently, once someone becomes a Fallout 1st member, they can create their own private world in Fallout 76 and invite friends to join them in post-apocalyptic paradise. Only one member of the eight-person squad needs a membership, and they will essentially own the private world.

The world persists so long as its owner is logged in. Once they log off, the private world disappears, but only if none of the other team members own a Fallout 1st membership. If they do, the world stays active until they log out.

Fallout 1st membership also offers quite a few other bonuses (for a fee, of course). Membership includes a bunch of unique icons and emotes, a sleeping tent that also acts as a fast travel location, an unlimited storage Scrapbox container, a monthly stipend of 1,650 atoms for use in the Atomic Shop, and the iconic Ranger outfit. Nothing screams wandering the irradiated West Virginian mountains quite like a suit of armor invented by pre-apocalypse Californians for desert combat.

In case you forgot, the Ranger outfit is the poster boy for Fallout: New Vegas, which was developed by Obsidian Entertainment (not Bethesda) and is widely regarded as one of if not the best entry in the Fallout franchise.

The Fallout 1st membership is currently available for all versions of Fallout 76, but only time will tell if the game’s fans willingly sign up for the membership or call foul on Bethesda.