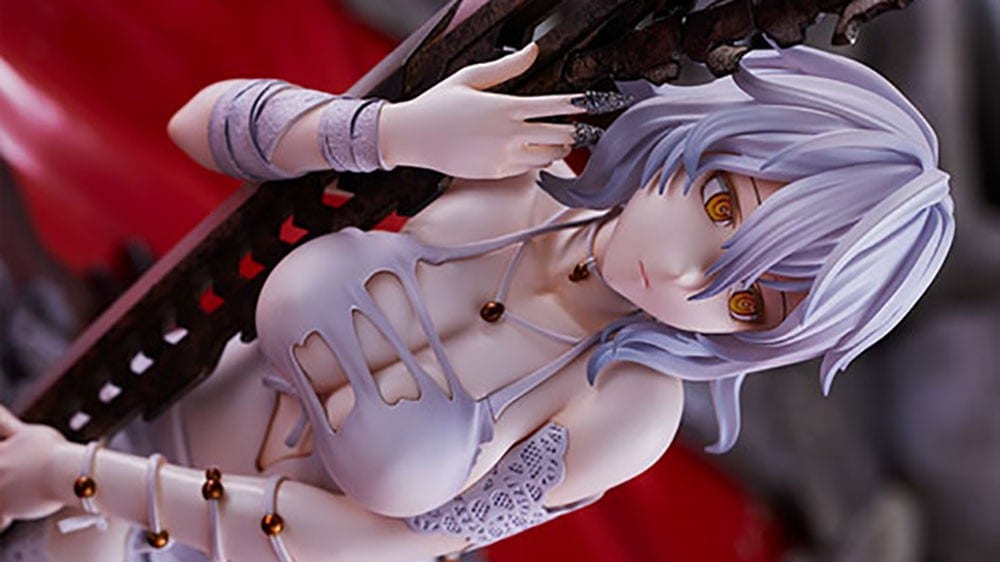 Code Vein is finally in the hands of many gamers around the world, but today you have a chance to get something a bit more solid on your shelf.

Kotubukiya made a brand new figure portraying the beautiful Io available for pre-order on various Japanese retailers including AmiAmi.

The sculpt is by Yuta Fuke, and the 1/7 scale makes for a fairly sizable 240 mm figure in PVC.

Interestingly, the sword can also be displayed on its own. I’m not sure why anyone would ever care to do that, but you have that possibility.

She will be released in April 2020, so there’s plenty of time to save up.

If you want to take a look, you can check out a sizable gallery below. One thing is for sure, she looks really beautiful.

If you want to see more about Code Vein, you should check out our review and our recent interview with the game’s Producer.

You can take a look at some recent gameplay, a recent trailer with commentary from the developers, the second part on NPC companions, the third on character design, and the opening cutscene from Anime Expo.

Code Vein released on September 27 for PS4, Xbox One, and PC.