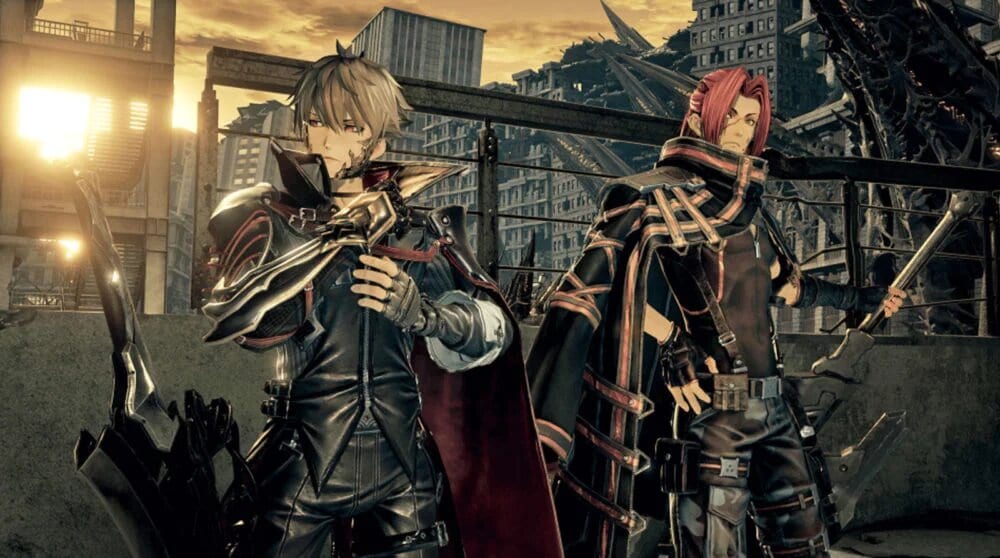 Souls-like games have become all the rage over the last few years, and Bandai Namco’s Code Vein is the latest title to enter that arena. The anime-inspired title blends together gothic elements, vampires, and fantasy, while introducing plenty of new and unique elements.

Blood Codes, constant NPC allies, and a wealth of unique builds are just some of what makes Code Vein different. At E3 2019, we got the chance to sit down with Keita Iizuka, and learn all about the upcoming action-RPG.

Editor’s Note: Please be aware that Iizuka’s comments were provided to us via a translator, and have been slightly edited for clarity.

Hayes Madsen: The character customization system seems to be similar in breadth to that of the God Eater series. God Eater games always get a lot of customization options released after launch. Is the same going to happen with Code Vein?

Producer Keita Iizuka:  For Code Vein obviously the character customization is one of the highlights of the game, and so we really want to not put that to waste. So yes we do plan on adding and improving upon the customization after launch.

Hayes: Obviously God Eater has been running for a while now, with God Eater 3. Do you see Code Vein as a potential new franchise that you could iterate on, and keep improving upon over years?

Keita Iizuka: My hope is that yes it will develop more into different iterations, we’re hoping.

You know, obviously, right now we’re very focused on this first release of Code Vein, but my hope for the future is that we can expand upon the story of Code Vein.

Hayes: Code Vein is a very complex game with a lot of intricacies, and a lot of the demos kind of drop players in at different points. What steps are you taking in the actual introduction of the game to kind of get players up to speed with how everything works?

Keita Iizuka: We try our best to make sure that the player coming in really understands where Code Vein is and what the situation is all about. We try to drop them into this world where there’s a lot of conflict and everyone’s just kind of backed up in a corner, facing death.

It’s a society of vampires, blood, and scars. They’re having to drain blood from each other and it’s a whole lot of conflict, so it begins with the main character being this slave kind of character.

So we try to make that clear in the beginning, so that the player kind of knows what they’re jumping into.

Hayes: Can you give us an idea of how expansive the Blood Code system is going to be? Are bosses going to drop unique blood codes, or how are you going to get them?

You can also, in the story you’ll meet and encounter different partners, and you can interact with them, and through their interactions they’ll kind of turn into these memories where you’ll obtain a Blood Code.

Hayes: With that, the Blood Codes that you get from bosses increase your stats a lot, but if the player wants to have an intense challenge, can they stay with those initial Blood Codes throughout the game?

Keita Iizuka: The game definitely does adapt to those different types of gameplay, so if you’re really looking for a challenge you can most definitely stick with your old Blood Codes or whatever the first one, and stick to that. There’s also this mechanic called “Gift” within the Blood Code, and as you use the Blood Code your gifts will level up as well.

But there are also Gifts that are not tied to Blood Codes and you can kind of switch them around, you know, swap them with different Blood Codes if you wanted to. So yeah, if you really wanted to you can really up the difficulty just by doing that.

The character’s stats and power is not only dictated by the Blood Code and the powers that it gives, as there’s equipment, and the player themselves has a certain skill level. The combination of all that will allow for a variety of different gameplay and playstyles.

Hayes: You might have mentioned it earlier, the Network Test test showed us a lot of different story elements and how the game is going to focus on story. One of the most interesting ones is the memory dive sequence. Is that something that we’re going to see recur across the game?

Keita Iizuka: This is part of the development of the Blood Code, the memory dive is tied to certain vampires and certain memories. As you collect them you reveal and choose them, then you extract them and that levels you up. So yes that’s going to be a core part of the story.

Hayes: What was the inspiration of always having  NPC characters along with you?

Keita Iizuka: One of the basis for out NPC system is in similar genres when you have multiplayer situations, maybe you have another player join your party, you have a situation where you’re not completely in control of the other characters. They’re doing their own thing you’re doing your own thing, and you’re sort of moving toward a common goal.

That was sort of the feeling that we wanted to recreate in an offline situation.

Hayes: How important would you say the challenge of Code Vein is to the development team? How are you striking the balance between making it accessible to players that haven’t played a similar game but still providing a challenge to experience players?

Keita Iizuka: For Code Vein, I thought it was really important that players who are very into gritty sort of hardcore gameplay, just really feel like they can dig their teeth into the gameplay. We really wanted to make the opponent’s attack level a lot stronger than the characters.

That would require you to evade or take measures to avoid getting hit, and then dishing out your own attack and defeating them. That would also promote the improvement of the player’s skill, which is then linked to a sense of achievement and satisfaction. So that’s something we really focused on, and tried to build into the core gameplay.

On the contrary for first-timers, I think the RPG elements of Code Vein will really appeal to fans who are a little bit more casual. For example the partner system, it really encourages you to take risks. Because the partner is there, you feel like you have some emotional support, so you might not be afraid to take a hit or two. Even if you get a hit your partner will help you.

So I think that helps the more casual players feel like they’re actually doing something, and not always getting beat up.

There are other elements like leveling up, leveling up your Blood Code, your weapon, and the sheer variety of Blood Codes and Blood Veils and everything that goes into making your character your own, is something that I think the players who are coming in for the first time and who are not familiar with this genre can really enjoy.

Hayes: Code Vein is a very story driven single-player experience, but would you ever be interested in a player-versus-player option?

Keita Iizuka: Currently we don’t have any plans for implementing any sort of PvP elements to the game, the most important thing that we want to get out of Code Vein is this idea of trying over and over again and getting that sense of achievement through trial and error.

I think that’s one of the most essential aspects of this game, and so for multiplayer we’re sticking to this sort of cooperative play in order to drive that initiative.

Hayes: Bandai Namco is starting to support Google Stadia. Are you considering it for Code Vein? Do you think a challenging game that requires precise input and timing like Code Vein can work comfortably on a streaming platform?