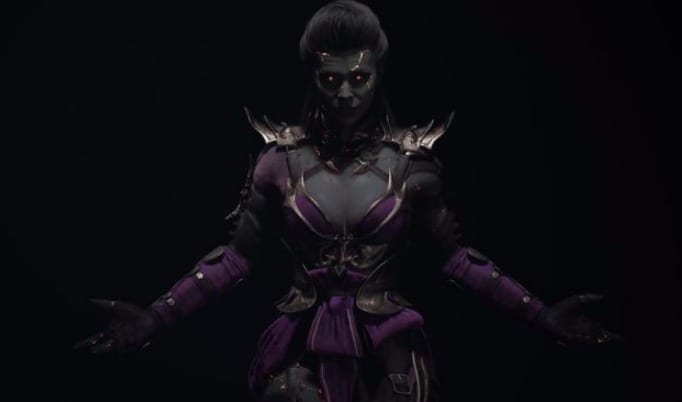 The screeching sorcerer is coming to Mortal Kombat.

Co-creator of Mortal Kombat 11, Ed Boon, has tweeted the first image of the latest DLC fighter coming to the game, Sindel.

After the first DLC character for Mortal Kombat, Shang Tsung, released on June 18, fans of the game have been clamoring for the next fighter to enter the Netherrealm, and it appears that they won’t have to wait much longer.

Ed Boon is notorious for giving fans hints and subtle teases on his twitter. Even though some times you may need to dig deeper to find the hidden meaning in what he says, his latest post is very self-explanatory.

First teased back in June, Sindel is a fan-favorite fighter who uses her monstrous voice and witch-like spells to damage foes.

Sindel made her first appearance in the Mortal Kombat series in Mk3 where she was introduced as the mother of Kitana.

Although she missed out on the main roster for the previous game, Mortal Kombat X, Sindel has made her way back to the roster for the eleventh installment of the franchise and fans can’t wait to take her into battle.

We may not have a release date for Sindel quite yet, but with Ed Boon tweeting and teasing more about her each day, we can assume the release date is right around the corner.

While you wait for Sindel to make her way to the Mortal Kombat 11 roster, check out Twinfinite’s detailed guide for MK11 and be sure to stay tuned to Twinfinite for the latest information on her release and other Mortal Kombat 11 news as it unfolds.