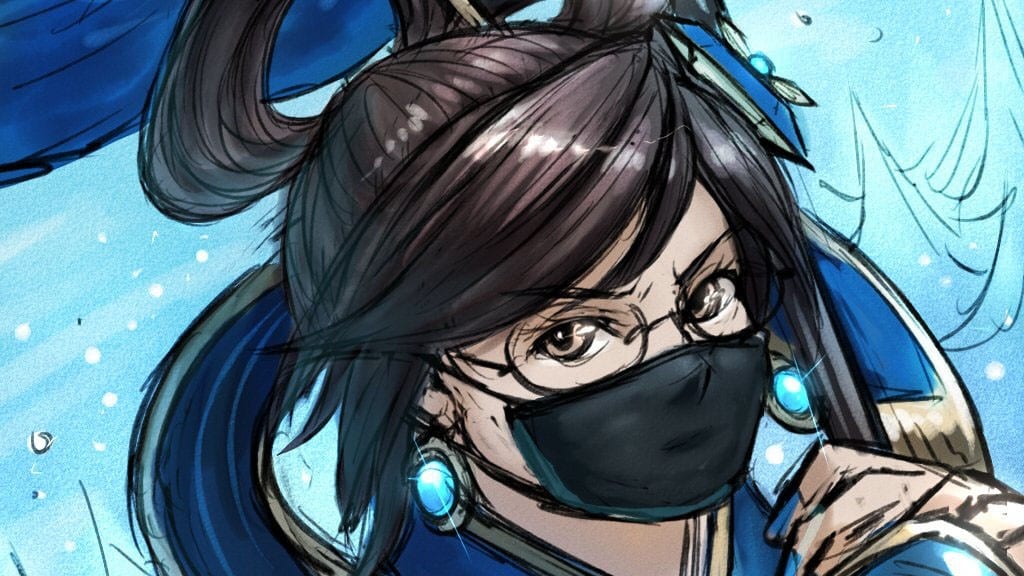 Blitchung wore a gas mask and proclaimed a pro-Hong-Kong statement following a competition on October 6, prompting a harsh response from the publisher who banned the player and revoked his prize money.

The company also outright fired the casters who were interviewing Blitchung at the time.

Blizzard’s statement by way of president J. Allen Brack was issued on Friday evening after work hours, which is a rather peculiar (and very convenient) timing.

The statement appears to restore Blitchung’s prize and reduced his suspension to six months.

The same suspension will be administered to the two casters involved in the event.

That being said, it appears that the company remains firm in believing that both Blitchung and the casters deserve some sort of punishment.

While pledging support for the concept that “all voices matter,” Brack implied that Blitzchung’s action was “divisive and deliberate,” and that the casters failed to “keep the event focused on the tournament.”

He also argued that the specific views expressed by Blitzchung during the interview did not play a role in the decision.

At the moment, reactions online appears to be largely unenthusiastic, but you can read the statement in full below and judge for yourself.

I want to take a few minutes to talk to all of you about the Hearthstone Grandmasters tournament this past weekend. On Monday, we made the decision to take action against a player named blitzchung and two shoutcasters after the player shared his views on what’s happening in Hong Kong on our official broadcast channel.

At Blizzard, our vision is “to bring the world together through epic entertainment.” And we have core values that apply here: Think Globally; Lead Responsibly; and importantly, Every Voice Matters, encouraging everybody to share their point of view. The actions that we took over the weekend are causing people to question if we are still committed to these values. We absolutely are and I will explain.

Our esports programs are an expression of our vision and our values. Esports exist to create opportunities for players from around the world, from different cultures, and from different backgrounds, to come together to compete and share their passion for gaming. It is extremely important to us to protect these channels and the purpose they serve: to bring the world together through epic entertainment, celebrate our players, and build diverse and inclusive communities.

As to how those values apply in this case:

First, our official esports tournament broadcast was used as a platform for a winner of this event to share his views with the world.

We interview competitors who are at the top of their craft to share how they feel. We want to experience that moment with them. Hearing their excitement is a powerful way to bring us together.

Over the weekend, blitzchung used his segment to make a statement about the situation in Hong Kong—in violation of rules he acknowledged and understood, and this is why we took action.

Every Voice Matters, and we strongly encourage everyone in our community to share their viewpoints in the many places available to express themselves. However, the official broadcast needs to be about the tournament and to be a place where all are welcome. In support of that, we want to keep the official channels focused on the game.

Second, what is the role of shoutcasters for these broadcasts?

We hire shoutcasters to amplify the excitement of the game. They elevate the watchability and help the esports viewing experience stay focused on the tournament and our amazing players.

Third, were our actions based on the content of the message?

Part of Thinking Globally, Leading Responsibly, and Every Voice Matters is recognizing that we have players and fans in almost every country in the world. Our goal is to help players connect in areas of commonality, like their passion for our games, and create a sense of shared community.

The specific views expressed by blitzchung were NOT a factor in the decision we made. I want to be clear: our relationships in China had no influence on our decision.

We have these rules to keep the focus on the game and on the tournament to the benefit of a global audience, and that was the only consideration in the actions we took.

If this had been the opposing viewpoint delivered in the same divisive and deliberate way, we would have felt and acted the same.

OK, what could Blizzard have done better, and where do we go from here?

Over the past few days, many players, casters, esports fans, and employees have expressed concerns about how we determined the penalties. We’ve had a chance to pause, to listen to our community, and to reflect on what we could have done better. In hindsight, our process wasn’t adequate, and we reacted too quickly.

We want to ensure that we maintain a safe and inclusive environment for all our players, and that our rules and processes are clear. All of this is in service of another important Blizzard value—Play Nice; Play Fair.

In the tournament itself blitzchung *played* fair. We now believe he should receive his prizing. We understand that for some this is not about the prize, and perhaps for others it is disrespectful to even discuss it. That is not our intention.

But playing fair also includes appropriate pre-and post-match conduct, especially when a player accepts recognition for winning in a broadcast. When we think about the suspension, six months for blitzchung is more appropriate, after which time he can compete in the Hearthstone pro circuit again if he so chooses. There is a consequence for taking the conversation away from the purpose of the event and disrupting or derailing the broadcast.

With regard to the casters, remember their purpose is to keep the event focused on the tournament. That didn’t happen here, and we are setting their suspension to six months as well.

Moving forward, we will continue to apply tournament rules to ensure our official broadcasts remain focused on the game and are not a platform for divisive social or political views.

One of our goals at Blizzard is to make sure that every player, everywhere in the world, regardless of political views, religious beliefs, race, gender, or any other consideration always feels safe and welcome both competing in and playing our games.

At Blizzard, we are always listening and finding ways to improve—it is part of our culture. Thank you for your patience with us as we continue to learn.”

Blitzchung himself issued his answer on Twitlonger, thanking Blizzard for the decision to restore his prize and reduce his suspension, but gallantly expressing his wish for the retraction of the punishment delivered to the two casters.

He also mentioned that he is not sure yet about whether he’ll return to Hearthstone’s competitive scene in the future.

You can read his response in full below.

“Thank you for your attention in the past one week, this is a personal statement and my view on Blizzard’s latest decision. First of all, I’m grateful for Blizzard reconsidering their position about my ban. Earlier this week, I told media that I knew I might have penalty or consequence for my act, because I understand that my act could take the conversation away from the purpose of the event. In the future, I will be more careful on that and express my opinions or show my support to Hong Kong on my personal platforms.

Many people has been asking me if I accept the latest decision of Blizzard, I will discuss that on two parts. Tournament prizing and suspension. For tournament prizing, I quoted what Blizzard said on the official website, they mention that I played fair in the tournament and they believe I should receive my prizing. This is the part I really appreciate, Blizzard also said they understand for some this is not about the prize, but perhaps for others it is disrespectful to even discuss it. People from Blizzard had explained this to me through a phone call and I really appreciate that and I accept their decision on this part.

For second part about the suspension, Blizzard had changed their suspension on me from a year to six months. Once again, I appreciate for their reconsideration on this. To be honest, I think six
months is still quite a lot to me. But I also being told that I can continue to compete in the hearthstone pro circuit which they mean the grandmaster tournament. I appreciate for this decision they made because grandmaster is currently the highest level tournament in competitive hearthstone. However, I wish Blizzard can reconsider about their penalty on the two casters involved.

Lastly, many people wants to know if i would be competing in hearthstone in the future. Honestly, I have no idea on that yet. Since my next tournament is very likely to be the grandmaster tournament of next season, it’s probably at least a few months from now on. I will take this time to relax myself to decide if I am staying in competitive hearthstone scene or not.

Hearthstone changed my the way I live, I really love this community. Blessing to all the players out there, and blessing to Blizzard.”

The player’s Twitter header has also been set as you see below. The picture portrays the “Every voice matters” motto displayed in front of Blizzard’s offices in Irvine, California.