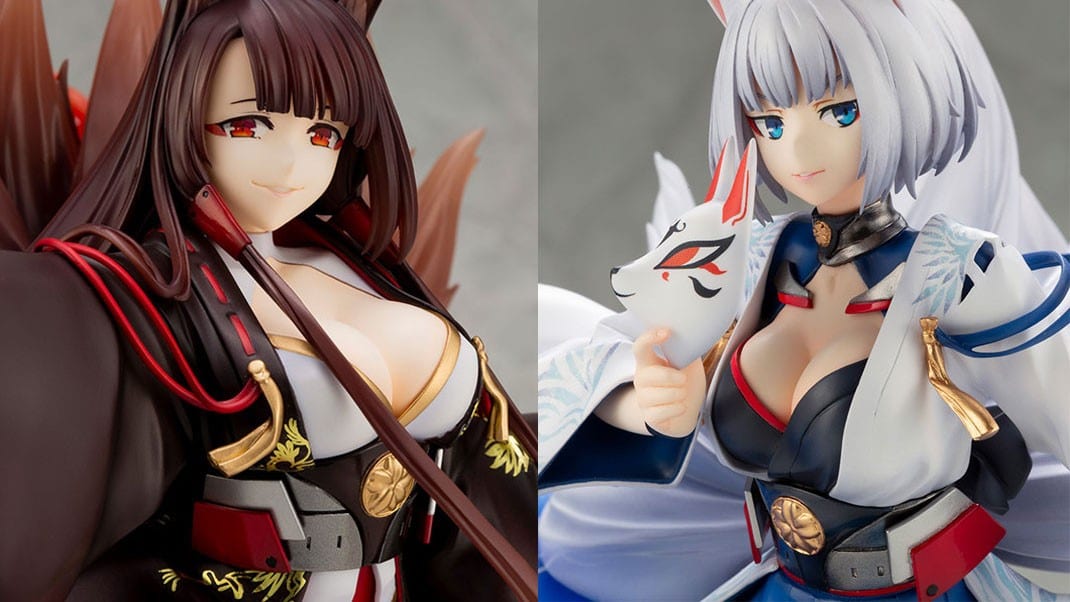 With Azur Lane becoming more and more popular on the Japanese market, local figure manufacturers are certainly eager to portray its waifus.

Today Kotobukiya made not one, but two figures available for pre-order in Japan. They’re the fox sisters Akagi and Kaga (listings courtesy of AmiAmi)

Both will be released in January 2020, and for once you won’t need to grind in the infamous “fox mines” for weeks in order to get them. I still have nightmares.

Akagi is sculpted by HIDE and Kaga is by Yadokari. Below you can read a description for both.

“Commander sir, please stay by Akagi’s side for ever and ever! You absolutely must never ever leave Agaki.

From the smartphone shooting game “Azur Lane” comes a 1/7 scale figure of the warrior/soldier Akagi for the first time.

The lifelike nine tails and details of the upper body are accurately recreated.

The base is made to look like the sea using clear materials for the tall wave support part for a beautiful finished figure.”

The sculpting of the upper body, the presence of the nice tails, and the detail of the fox mask are created accurately in fine detail.

The base in the image of a battle on the seas and ship’s deck, and the beautiful white hair uses clear material to let light through for a beautiful finish.

Enjoy the world of the game further by displaying this figure of Kaga together with the separately sold one of Akagi!”

You can check them bpth out below. Incidentally, just yesterday a figure portraying Fubuki went up for pre-order as well.