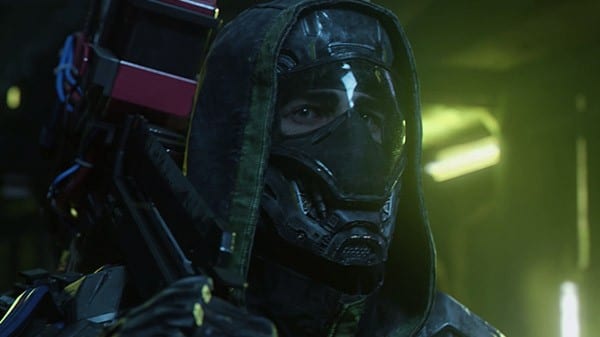 The Surge 2’s release is approaching quickly, and a new story trailer has been released that fleshes out on what to expect in Deck13’s upcoming action RPG.

The narrative in Surge 2 has players taking the role of a warrior in Jericho City suffering from amnesia and navigate a world that’s been devastated by a nanovirus known as deFrag that has made most of the earth uninhabitable.

After getting a brief glimpse of the protagonist clad in armor and a masked rebreather, there’s a quick introduction to the nano-cultists that are harvesting machines and survivors in Jericho City.

If cultists weren’t enough in Surge 2, the remnants of the government are bearing down on the city, which will make trying to uncover the secrets of the virus and ruins in the city more challenging.

There are some cinematic flashes of gameplay in the trailer, but we previously covered the Surge 2’s initial combat trailer, where combat has been expanded with new implants, weapons, abilities, and tools at the player’s disposal.

The dismemberment system is still in place, meaning hacking off arms, legs and other limbs will impact on what you will be able to equip to survive Jericho city.

Publisher Focus Home Interactive goes into more detail on the trailer for Surge 2, where they mention Athena, a girl whom the protagonist is connected to and might be able to act as a guide in the story to gain a grasp on the chaos surrounding Jericho City.

Check out the new story trailer below to see what’s in store for Surge 2:

The Surge 2 is launching for PlayStation 4, Xbox One and PC on Sept. 24, 2019. To have some added advantage in the dangerous world of Surge 2, pre-orders are available where players will have access to the URBN pack that gives access to an armor set, two new weapons, and other equipment and cosmetic upgrades.