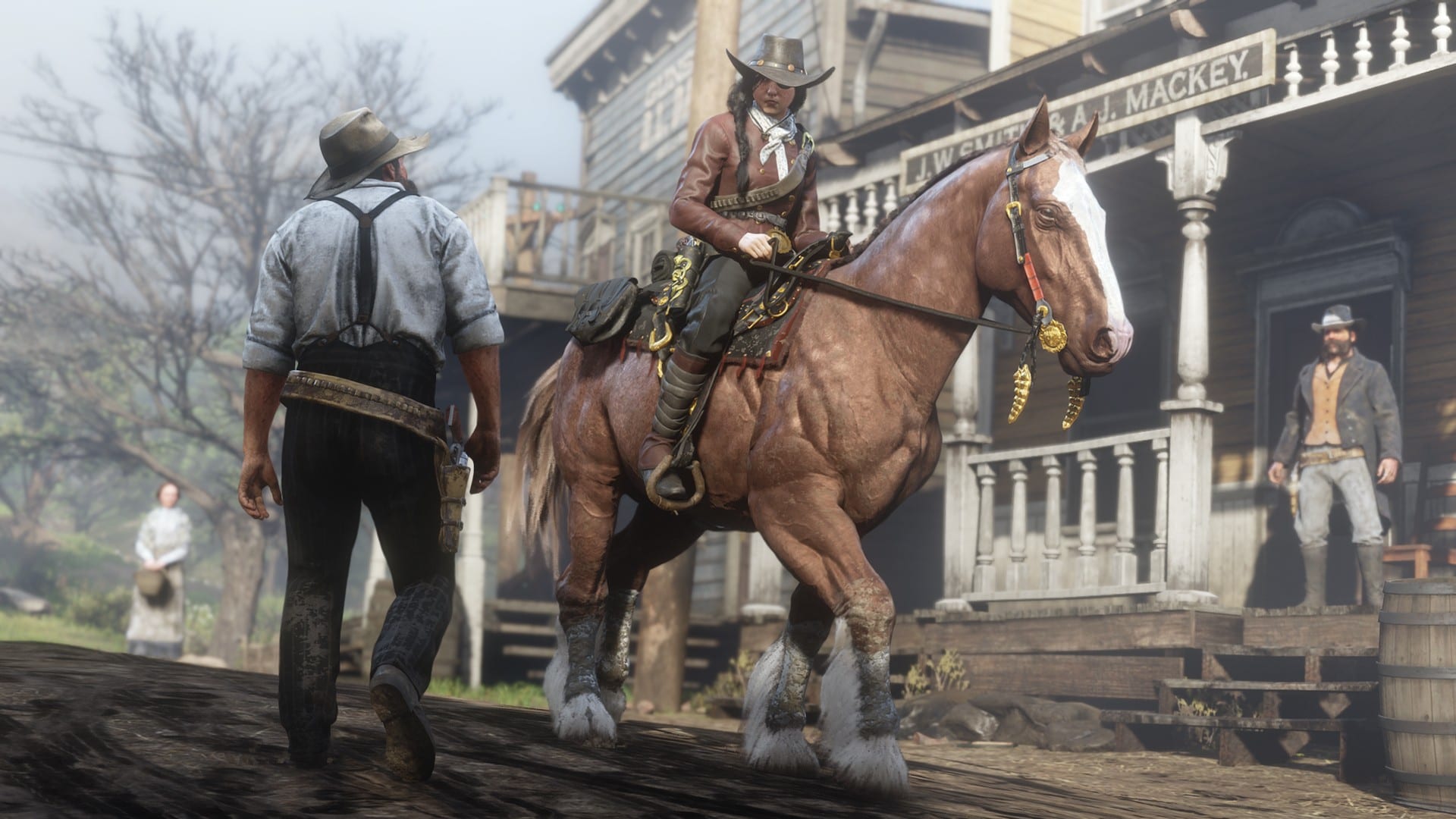 The Frontier Pursuits update for Red Dead Online is out now, adding new specialist roles and a battle pass system to the western multiplayer game.

The multiplayer component of Red Dead Redemption 2 adds three jobs, or Frontier Pursuits, for players to join with the update, each with its own different gameplay and activities.

The Bounty Hunter pursuit can track down targets and capture or kill them, the Trader can create a business of selling and trading goods, and the Collector can roam the world searching for hidden treasures.

Players can take on all three pursuits at the same time at a cost of 15 Gold Bars for each job, though Rockstar detailed other ways to receive each pursuit for free including through Twitch Prime, GTA Online, or PlayStation Plus.

The Red Dead Online update also adds a battle pass system where players can earn cosmetic items and cash for a limited time.

The free tier is called Wheeler, Rawson & Co. Club and all players are automatically enrolled, while the paid tier is called The Outlaw Pass which costs 35 Gold Bars.

The pass contains 70 ranks of exclusive rewards for players to earn beginning today until Nov. 18.

Alongside the lengthy patch notes for the update, PlayStation 4 players will receive a free gift of RDO$250 for logging in before Oct. 7 and early access to three ability cards, the Shoot The Sky emote, and three clothing items through Oct. 14.