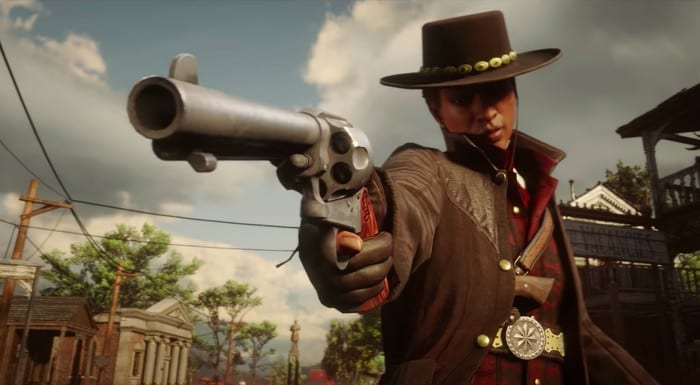 A new trailer has dropped covering Red Dead Online’s Frontier Pursuits, giving players a glimpse of the adventures and personalities the new quest lines will provide.

Streamed by Rockstar on Sept. 5 via YouTube and their official website, the trailer provides teaser footage of what players can expect from each of Red Dead Online’s Frontier Pursuit’s quest lines, referred to as Specialist Roles.

Bounty Hunters will chase dangerous criminals across the frontier, snaring or shooting them as they see fit for a reward. Traders, meanwhile, will help the NPC Cripps turn a camp into a thriving trading post, and Collectors will track down rare oddities across the five states of the game’s world.

Each has an NPC that players can interact with as part of the quest, and all three NPCs drip with the zany antics, charisma and sleaze one would expect of a Rockstar character.

The trailer also shows off some gameplay of the quests in action. Bullets fly, treasures are uncovered and wild west antics are abound as each Red Dead Online player tries to make their way toward the conclusion of each role’s pursuits.

It’s quite the sight, and those interested can view the trailer in its entirety below.

Rockstar also detailed two new programs players can take advantage of alongside the Frontier Pursuits update. The first, named the Wheeler, Rawson and Co. Club, automatically offers its members rewards for playing the game. These range from clothing and accessories to free lump sums of cash, and stay with the player even after they leave the club.

Players will be automatically enrolled in the Club if they play between Sept. 10 and Nov. 18. No specifics have been given on whether the club will continue on after this point.

The other program is the Outlaw Pass. Acting as a paid version of the Wheeler, Rawson and Co. Club, the Pass grants Red Dead Online players all of the rewards inherent from participating in the Club while also providing more items that can be earned and unlocked.

Likewise, anything unlocked with the pass will still be available to players once the membership period ends on Nov. 18.

Specifics on both programs can be found at Rockstar’s official website.

Red Dead Online is currently available on PlayStation 4 and Xbox One. For more on the game, check out our coverage of the Frontier Pursuits Specialist Roles reveal from earlier this week.