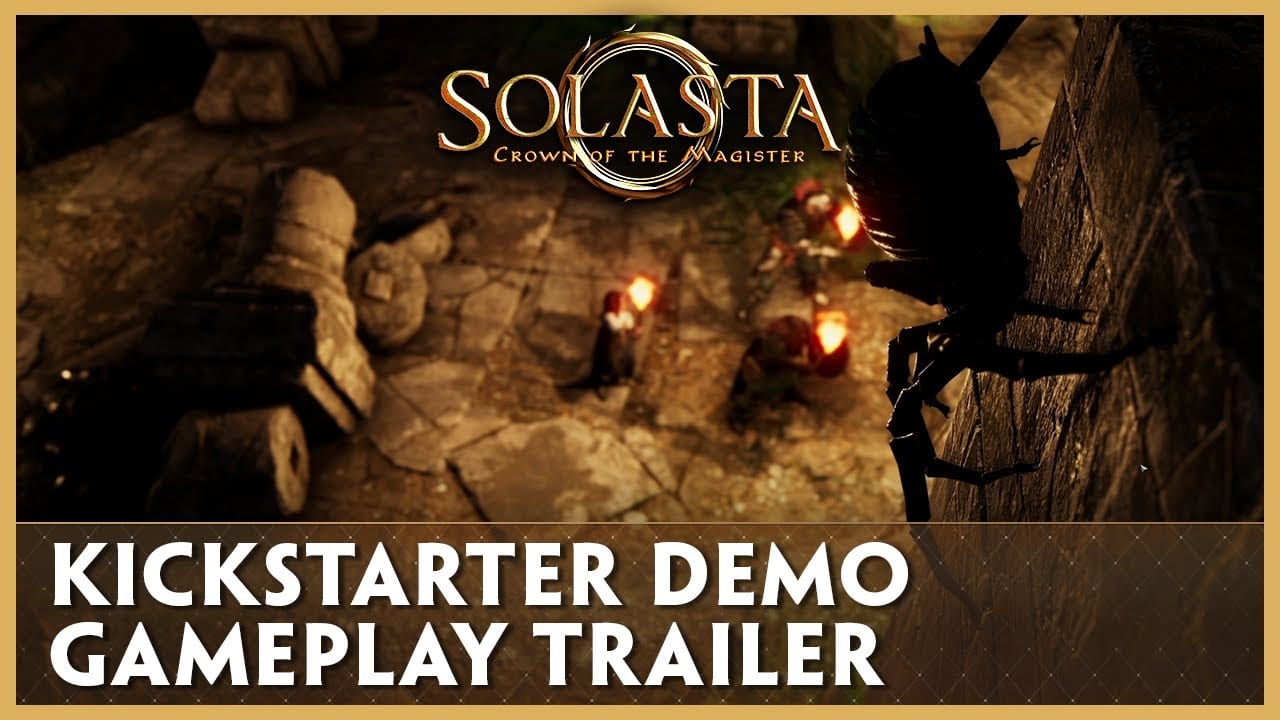 Developer Tactical Adventures upcoming RPG Solasta: Crown of the Magister looks like a dream experience for Dungeons & Dragons fans. Its first gameplay trailer highlights exactly why previews are slating the game as potentially the ultimate digital translation of the iconic board game.

Solasta: Crown of the Magister introduced its presence earlier in the year a brilliant animated announcement trailer, but today’s gameplay reveal is timed with its launch on Kickstarter.

[UPDATE]: Kickstarter is now live, as is the game’s free demo.

The game’s features are broken down for us in a press release sent to Twinfinite:

Solsta is based on Dungeons & Dragons fifth edition SRD (System Reference Document), but it is not an officially licensed game.

Mathieu Girard, founder of Tactical Adventures and Creative Director of the game comments:

“I have played tabletop games for more than 30 years and Solasta: Crown of the Magister is something that I have always wanted to create. I believe that there are many people like me who feel that the experience hasn’t been captured quite right in the video game space, and we are striving to do just that.”

“With the playable demo, I want to show players that, with their help, it is possible to deliver a genuine dice and decision based tactical RPG and hope they share in our excitement.”

The gameplay trailer is below:

Tactical Adventures has also released a new trailer explaining some of the game’s lore:

In related news, it was recently revealed that Baldur’s Gate III would also be based on D&D’s fifth edition.