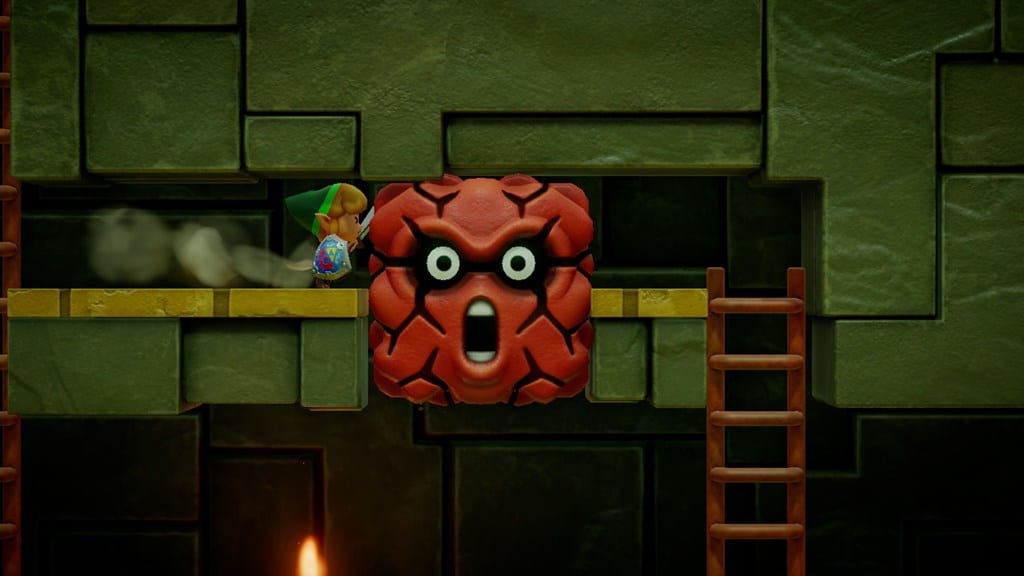 In the trailer below, Nintendo sheds more light on the Chamber Dungeons, a new feature added to the game that was not present in the original.

These Chamber Dungeons allow players to create their own dungeons to play through using various building blocks they unlock during their adventure.

Unlike Super Mario Maker 2, the dungeons players make are not shareable over the internet, limiting the dungeons you create to your own Switch console only.

However, in the trailer, we see that Link’s Awakening will be getting Amiibo support, allowing players to take any compatible Zelda Amiibo and store the Chamber Dungeon using its IR chip.

This will allow players to take their dungeons with them to share with others, giving players a way to share their levels with friends and family that also own a Switch.

The trailer also details some of the wacky Islanders that players will meet along the way on their adventure and teases a few of the puzzles players will have to tackle as well.

Be sure to check out Zelda: Link’s Awakening when it launches worldwide on Sept. 20 on the Nintendo Switch.