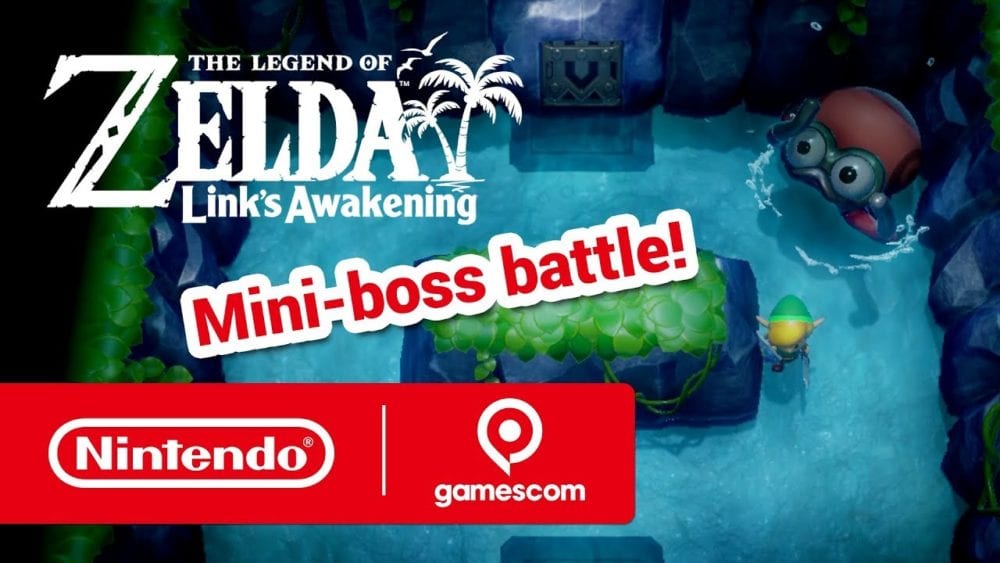 A new 30-minute gameplay presentation of The Legend of Zelda: Link’s Awakening at Gamescom 2019 from Nintendo provides an in-depth look at several of the game’s different areas, as well giving us a good handle on its new gameplay mechanics.

We get to hear how the new navigation system improves Link’s Awakening in this reimagined version; players can use a marker system to help them explore the map.

And on the subject of exploration, we’re told to expect an island full of details and surprises that should appeal to anybody who discovered the Zelda franchise after having played Breath of the Wild.

The video also showcases Dampe’s Shack, too, who gives Link the ability to create dungeons in a new feature that is unique to this reimagining of Link’s Awakening. The footage gives us a bit of a walkthrough of how the new dungeon creator actually works and why players will want to engage with it.

The trailer can be seen below:

Nintendo revealed back in June that The Legend of Zelda: Link’s Awakening will arrive exclusively on Switch this Sept. 20.

Collectors of Amiibo should keep this cute Link’s Awakening amiibo on their radars, which was unveiled shortly after the game’s release date was announced.