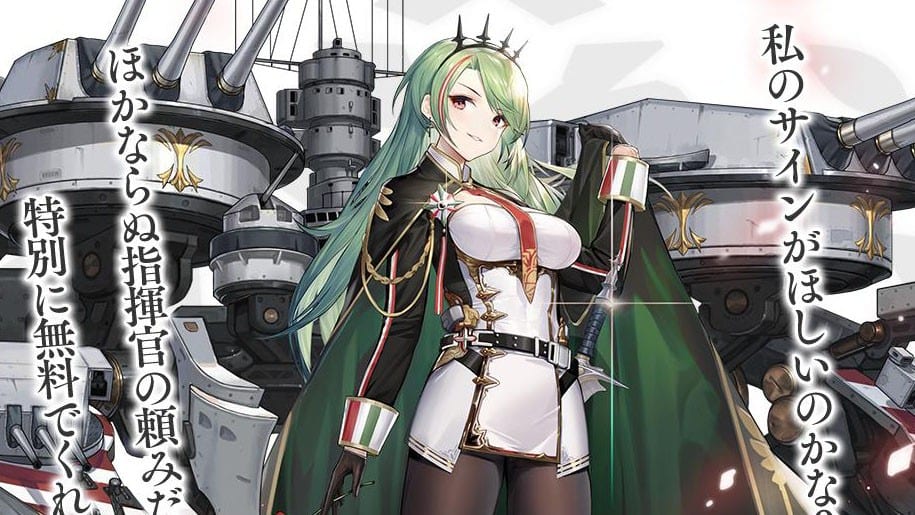 After much teasing, Yostar has finally revealed the first Italian shipgirls for its popular mobile game Azur Lane.

First of all, the new faction’s official name in the English servers will be Sardegna Empire, which is the Italian name of one of the nation’s main islands, but also used to be a Kingdom spanning that same island and the north-west of Italy until the 19th century.

The motto mentioned in the tweet below means “let glory endure forever!”

We also get to see the first shipgirls belonging to the new faction. The first is Carabiniere, a Soldati-class Destroyer, escort guard of the Mediterranean sea.

According to the Japanese tweet She is respectful and serious in her personality and loyalty to those she serves can’t be shaken. Yet, her overflowing motivation can at times confuse those she is escorting.

Her name derives from Italy’s most relevant military police force, and her outfit is also inspired by its formal uniform.

She proudly believes to be the right shipgirl to lead Sardegna, and at times she stands out with narcissistic remarks. Yet she is friendly and honorable, and beloved among her peers.

She will be an event reward, so you won’t need to fight against the RNG to win her heart.

While she has been showcased only on the Japanese Twitter account, Yostar already confirmed that the Italian shipgirls will come to the English servers at the same time in our recent interview.

While she hasn’t been shown on Twitter yet, a third shipgirl appeared in the UI of an event in the game itself. At the moment, she is unnamed, but you can see her below.