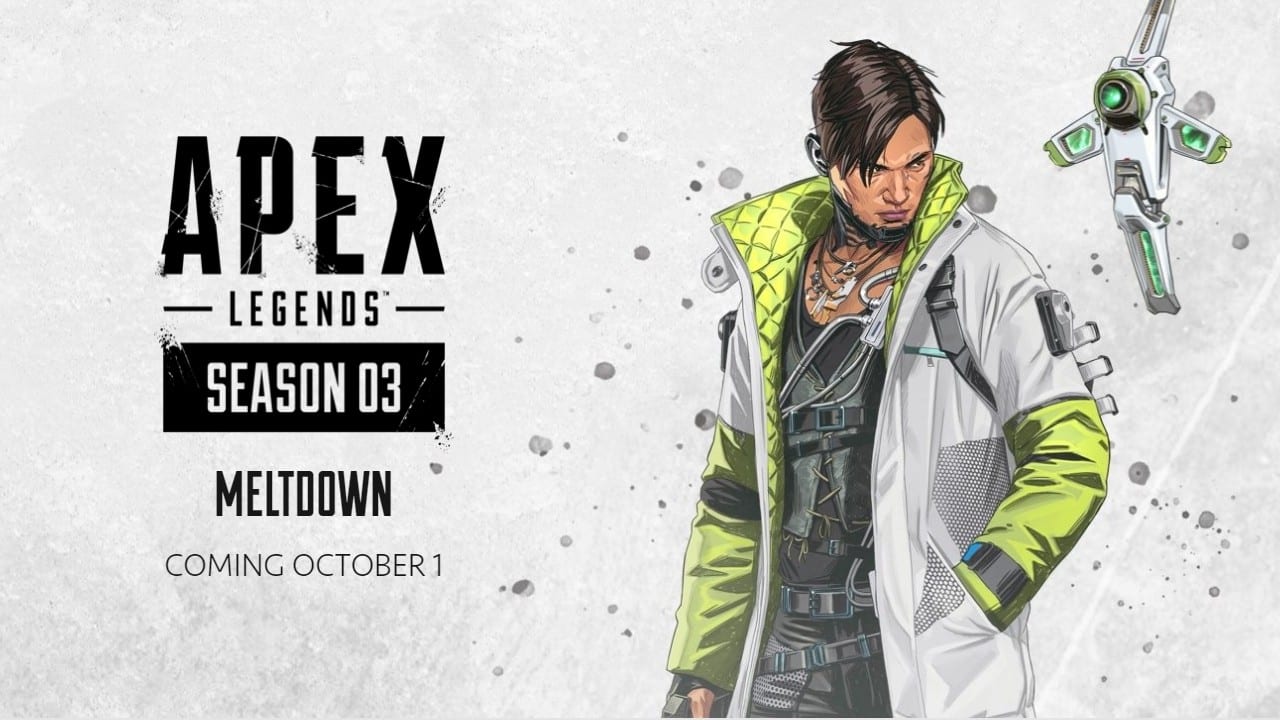 Electronic Arts and Respawn Entertainment announced that the third season of Apex Legends will be coming Oct. 1.

After being teased earlier this week within the game and receiving his own Stories from the Outlands animated feature today, Crypto will be the newest character to join the Apex Legends roster when Season 3 begins.

Not much has been revealed about Crypto other than he is “cool, calm, collected,” and can deploy “specialized surveillance drones to stay in the fight and out of the spotlight.”

Alongside the new hero will add a new battle pass with its usual rewards and “new Battle Pass content making a Season 3 debut,” and the Charge Rifle weapon.

The Charge Rifle made its debut in Respawn’s Titanfall series and was an energy beam that had to be charged to fire each shot. Other than its direct purpose, no differences have been announced yet for the Apex Legends version.

Respawn is also making a few changes to its Ranked mode for Season 3 such as inflating RP rewards and costs, adding assists to the kill count score, and reactivating leaver penalties.

The free-to-play Apex Legends is currently in Season 2 and available on PC, PlayStation 4, and Xbox One.