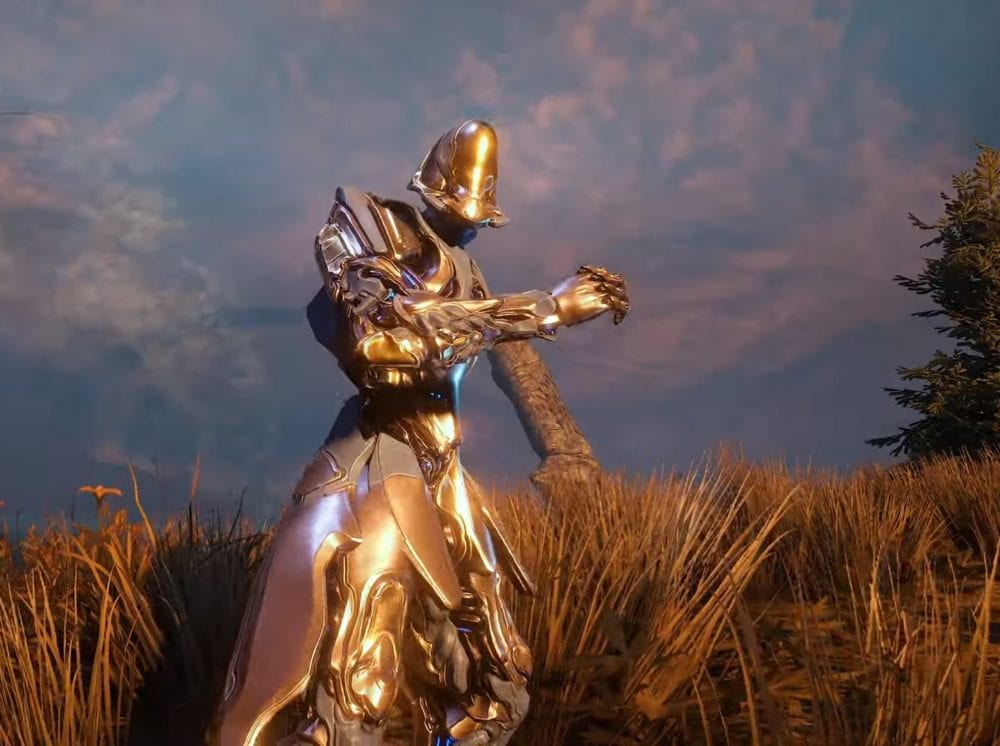 If you ever played Warframe and thought the super-powered space ninja suits don’t run fast enough, Digital Extremes has something that might be a little bit more your speed.

Later this week, the Saint of Altra update will hit the PC version of Warframe, and the patch’s main focus is Gauss. Even though this upcoming Warframe is named after the mathematician Carl Friedrich Gauss, it has more in common with The Flash and Sonic the Hedgehog.

Nicknamed “the runner,” Gauss is all about running fast and rarely —if ever— ​slowing down. Thanks to a passive skill, the more Gauss moves, the faster its shields recharge.

All of Gauss’ abilities tie into a battery mechanic. The most reliable means of charging this battery is the ability Mach Rush. When Mach Rush is active, Gauss turns into a slipstream of destruction that knocks enemies down. If the Warframe crashes into solid objects, Mach Rush will culminate in a massive shockwave.

The battery impacts the Kinetic Plating ability. This skill absorbs damage, prevents Gauss from being staggered and knocked down, and returns a portion of absorbed damage as Energy. Best of all, the higher Gauss’ battery charge, the more damage is absorbed.

While Gauss is the Saint of Altra’s main focus, this update has a few more additions up its sleeves. The patch will bring more Disruption Mode missions locations, many of which usually house Grineer soldiers. While players will have to fight off Grineer units in many of these missions, the rewards will be worth it.

Saint of Altra will also include quite a few new customization options. For example, players will be able to equip Gauss’ signature Acceltra and Akarius weapons, as well as fill their Dojo with the festering pustules of Infested decorations. And, at long last, players can share their customization and Mod loadout tips in-game with new Look and Mod Links. Soon, anyone can ask a Fashion Frame fashionista how to transform their Warframe from a Ten-No to a Ten-Woah.

While Saint of Altra will hit PCs first, it will speed into consoles soon after. For more Warframe news and updates, stay with Twinfinite.