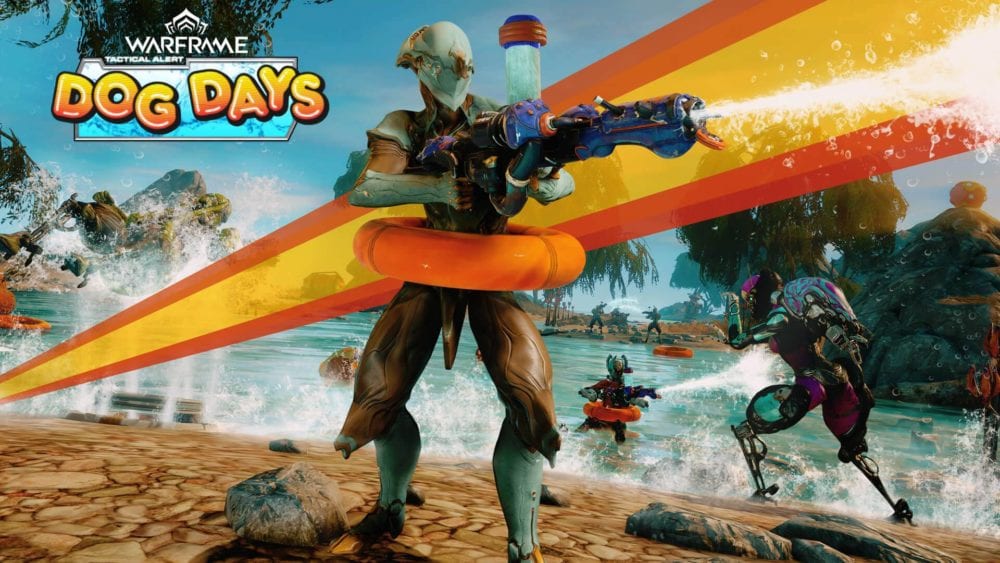 The Dog Days Tactical Event is currently live with a new beach arena where players can eliminate each other with water gun weapons called “Soaktrons” that need to be refilled by running over water fountains shooting from the ground around the environment.

All players are on an equal footing in the beach-themed deathmatch with no mods, pets, or abilities. Competing in the event will earn a special currency that can be redeemed at Nakak in Cetus for items such as “Floofs, Captura Scenes, and more” alongside four tiers of rewards listed below.

The Warframe Tactical Event will last until Aug. 12 at 11 a.m. ET, while players will receive double credits from all missions until Tuesday, Aug. 6. Those who already have a double credit booster activated will earn four times the credits instead.

Digital Extremes is also running a contest to win $250,000 towards a trip to space that all players can enter by completing one mission a day until Aug. 6.

Warframe is now available on PC, PlayStation 4, Xbox One, and Nintendo Switch with a new expansion on the way.