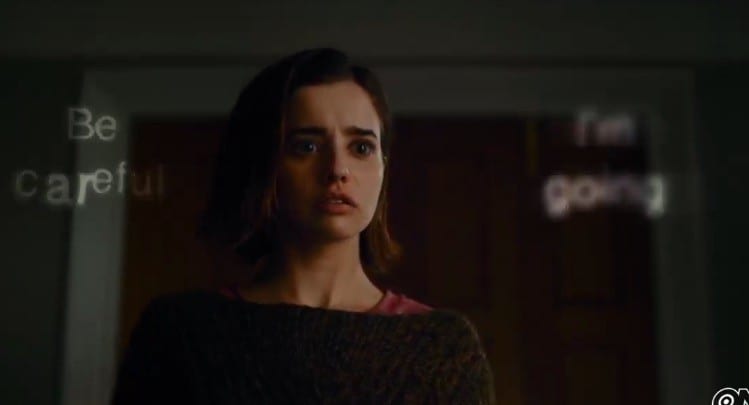 Something is afoot in Erica, a new interactive thriller revealed by Sony with a teaser trailer.

Shown during Gamescom 2019’s Opening Night Live event, the trailer paints a picture of what Erica has in store for players. Following a murder, a young girl named Erica finds herself dragged into the investigation of who the murderer is and why they did what they did.

With each new clue Erica uncovers, however, new threats emerge to try and silence her, ranging from cloaked and shrouded figures to friends turned enemies out for her blood.

All the while, players take the reigns in terms of which objects she interacts with, what she chooses to say or do in relation to other characters and which of several endings she works her way toward in the end.

It’s also worth mentioning that the game uses real-life cutscenes, with the story playing out like a film and minor graphical effects popping up whenever players have the option to interact with an object or person.

The end of the trailer came with the announcement’s biggest surprise though: Erica is now available for purchase at the PlayStation Store for $9.99.

It’s certainly something, and players who think it sounds at all interesting will want to view the full trailer down below.

Erica is only one of many titles to be revealed at Gamescom 2019’s Opening Night Live. Other heavy hitters, like Little Nightmares II and Gears 5, also received new trailers with plenty of footage to tide over fans until their release.

To see them and everything else shown at the event, stay tuned to Twinfinite.net for all the latest news as it happens.