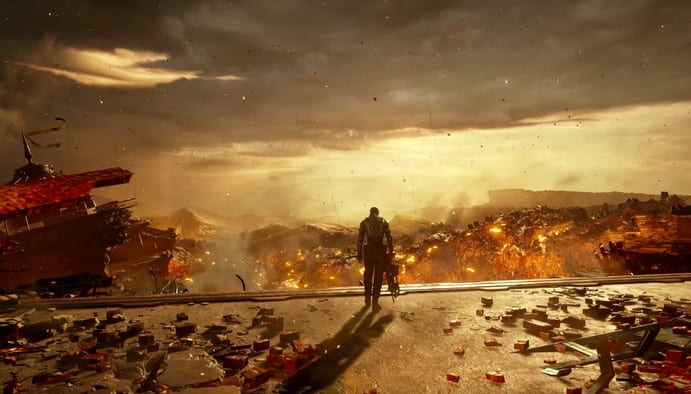 Kicking off the Opening Night Live, the trailer shows Kait Diaz awakening from a grisly vision full of gore, violence and horror. She then reunites with Marcus, telling him she saw a creature in her vision which she needs to kill.

The trailer then moves into more action-centric scenes, with Kait and her allies coming up against several different types of locusts. They’re just as vicious and determined to tear humans limb from limb as ever, and based on a wide shot of a destroyed city, they’re not afraid to do so on a large scale.

THe trailer then ends with a huanting question for players: When the blood on your hands runs through your viens, who do you die for?

At the very least, it’s a properly bombastic trailer to get fans hyped for Gears 5’s impending release. Those interested can view the trailer in its entirety down below.

The latest entry in the Gears of War franchise, Gears 5 is set after the events of Gears of War 4 and follows the title’s former protagonist Kait Diaz. Haunted by nightmares and the death of her mother, she sets out for answers to how her family is linked to the locusts as well as what led to the monstrous scourge’s creation.

Gears 5 is currently slated for release on Xbox One and PC on Sept. 10. For more on the game, check out some of the most recent trailers released for the game covering its Horde Mode, Escape Mode and Versus Modes.