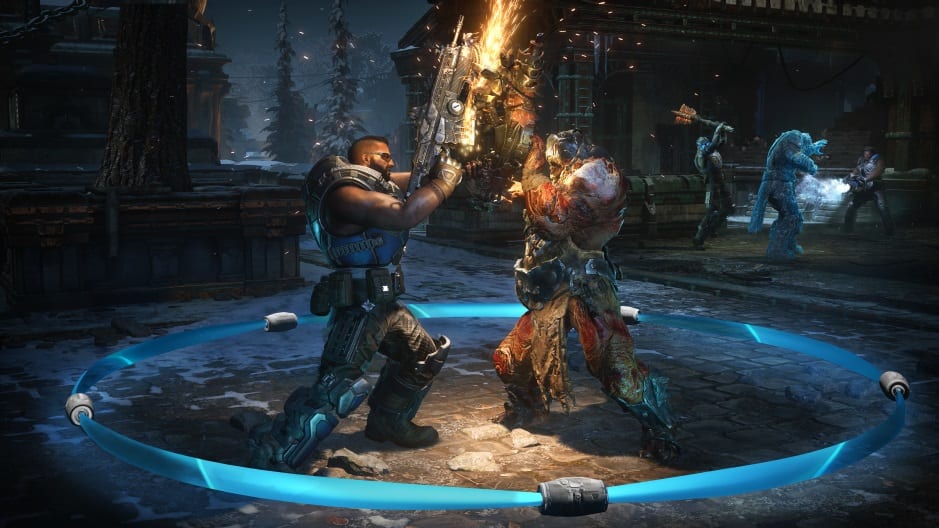 The Coalition, developer of Microsoft’s flagship franchise Gears of War, has released a brand new trailer for their upcoming technical test for Gears 5.

The tech test will begin on July 19 and contains multiple modes that Gears fans will surely be familiar with such as Escalation and King of The Hill.

A new mode exclusive to Gears 5 named Arcade is also making its way into the technical test. In the trailer below, it shows off Arcade in greater detail, explaining that with the more kills you get, the more firepower you are rewarded with.

Arcade looks to be a unique take on the popular Gun Game mode from titles such as CS: GO. With each kill you get, your weapon will change into something more powerful such as the Boomshot or the Torque Bow, creating a snowball of power for those that are skilled enough to go on a kill streak.

The test will also include another new mode called Boot Camp, where players can practice their skills in a training setting before taking the fight to online multiplayer matches.

Not only does the trailer contain information about the modes, but it shows off a few new maps as well, including a snow-covered landscape filled with hazards such as a frozen pool of water that can cause players to freeze and shatter upon being shot.

The trailer also gives us a glimpse into a few of the cosmetic additions that Gears 5 may contain as well, such as victory poses and even blood splatter tags that are left behind when killing opponents.

Check out the Gears 5 Technical Test this weekend starting July 19, and catch the full release when it revs onto Xbox One and PC on Sep 10.