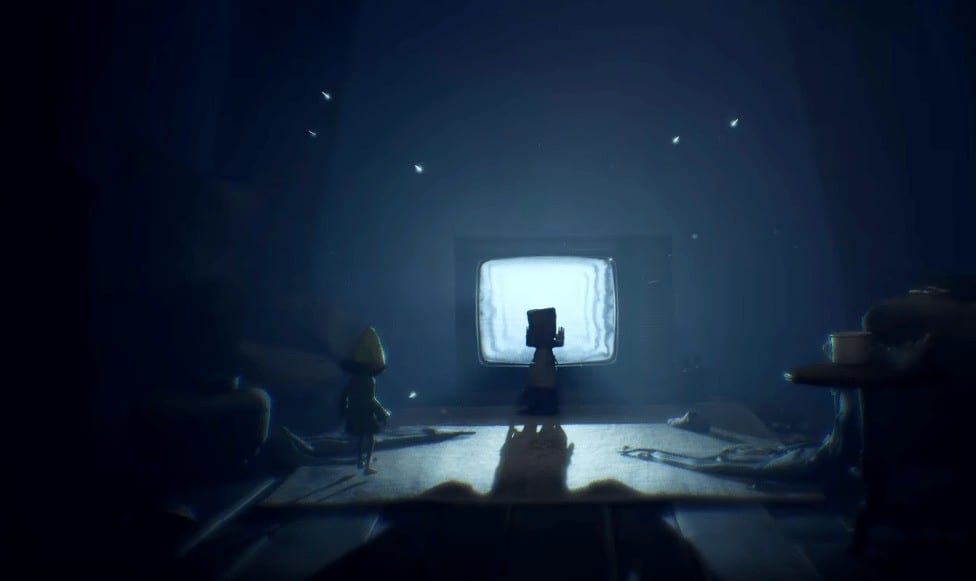 Grab your rain coat and get ready to be scared: Little Nightmares 2 has officially been revealed with a haunting teaser trailer.

Shown during Gamescom 2019’s Opening Night Live event, the trailer opens with two small children standing beside one another in a variety of creepy locales. One wears a bag over their head, while the other looks fairly mundane until they dawn the first game’s iconic yellow rain coat, revealing themselves to be Six.

The two can then be seen venturing out into a bleak and eerie landscape several times larger than them. Malevolent figures gather around the light of a television’s static, while a teacher and an ominous man go about their work n an imposing manner.

Though the two do run from some of these threats, the child with the bag on their head is shown to be able to fight back. They swing what appears to be a kitchen utensil at stone-like children, shattering them before they can drag the child toward an unseemly fate.

The two characters are likewise shown working together to overcome puzzles, hinting at a new multiplayer element which will be integral to the game.

It all culminates in footage of the two coming to a television screen, and after the child with the bag on their head makes contact with it, the screen distorts and fades to black.

It’s all fittingly ominous and creepy, with plenty of potential to be just as provocative and enthralling as the last entry in the series. Fans can see the trailer for themselves down below.

Though it doesn’t have a confirmed release date outside of 2020 just yet, Little Nightmares 2 is confirmed for release on PlayStation 4, Xbox One, PC and the Nintendo Switch.

For more on all things Little Nightmares, check out our review of the first game from 2017.