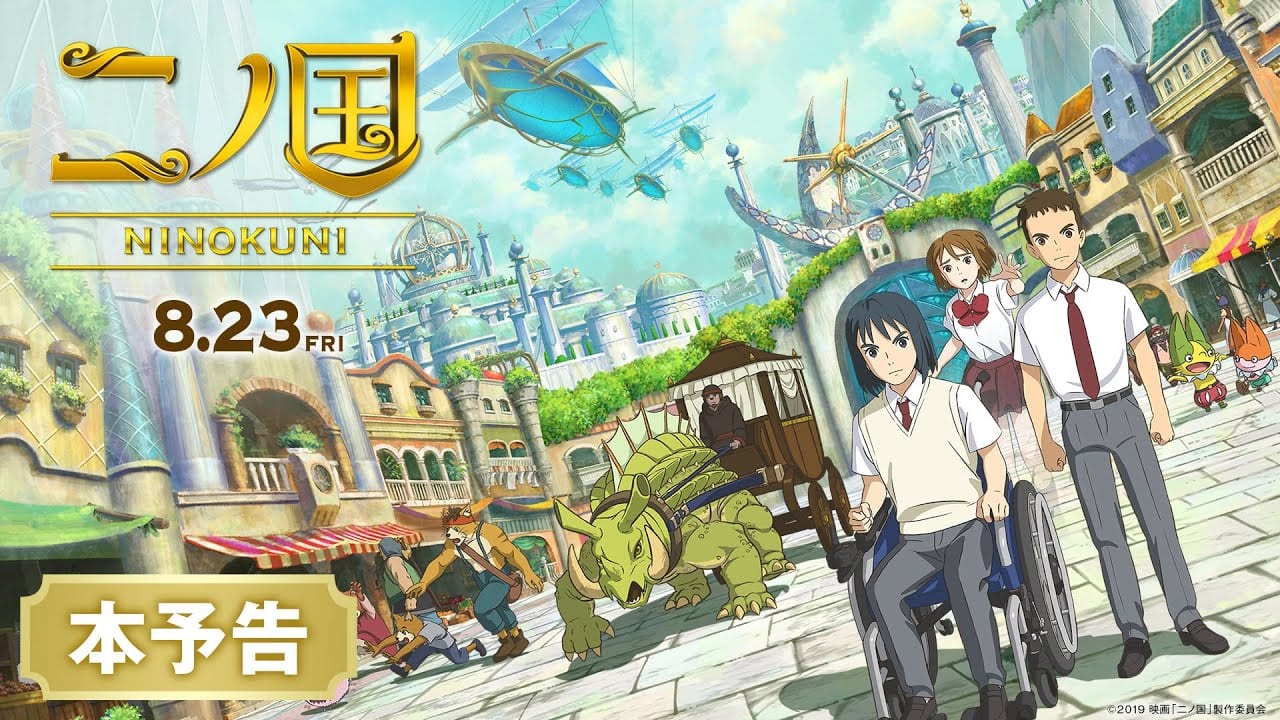 Critical reviews aren’t being kind, either. The Japan Times certainly wasn’t impressed with its animation. They said of it:

The review concludes by stating that the film feels like “an attempt to capitalize on Studio Ghibli’s current absence from the movie market. “

Notably, Ni No Kuni made less than half revenue Dragon Quest: Your Story made in its first week, another recent movie based on a popular video game IP.

Check out the full top 10 weekend box office below:

You can watch the trailer for Ni No Kuni below:

Ni No Kuni was first revealed back in April. There’s no news yet as to whether the movie will make its way west with a translated version, though if numbers don’t improve that seems unlikely.