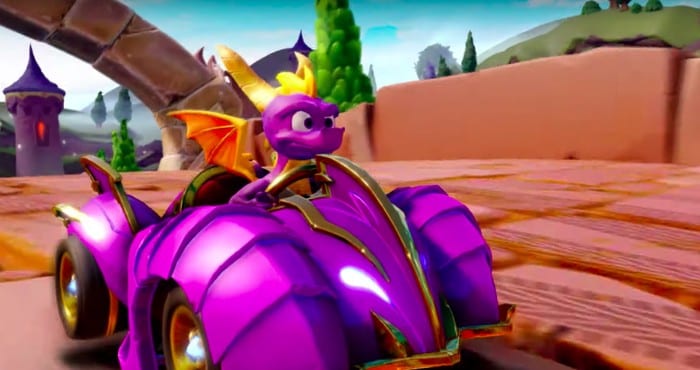 Crash Team Racing Nitro Fueled’s next Grand Prix has been revealed with a new trailer, and it features everyone’s favorite pint-sized purple dragon.

Streamed by the official Crash Bandicoot YouTube account on Aug. 28, the trailer reveals Spyro the Dragon as one of the new competitors being added to Nitro-Fueled via the upcoming Spyro & Friends Grand Prix event.

He’ll likewise be joined by Hunter and Gnasty Gnorc, and all three will offer specific karts tied to their characters that can be decked out with different effects and color swaps.

The Grand Prix will also offer a slew of new tracks from the Spyro series for players to race on, both during and after the planned event.

The trailer also offered some select footage of the carts in action. Though brief, the clips show each of the new characters drifting, taunting and boosting along the newly revealed tracks.

It’s not yet known when the Spyro & Friends Grand Prix is set to begin, but considering Crash Team Racing’s most recent Back N. Time Grand Prix concluded on Aug. 25, it’s likely to kick off sooner rather than later.

In the mean time, the full trailer can be viewed down below.

Released on June 24, Crash Team Racing Nitro-Fueled is a full-HD remake of the original PlayStation title of the same name. Though it has seen some backlash for its post-release implementation of microtransactions, the game received a positive reception from fans and critics alike upon its release.

We were among those who found it to be a solid remake of the original, and highly recommended it. More on that can be found in our full review.

Crash Team Racing Nitro-Fueled is currently available on PlayStation 4, Xbox One and the Nintendo Switch. For more on the game, check out our coverage of its solid sales performances in recent months.