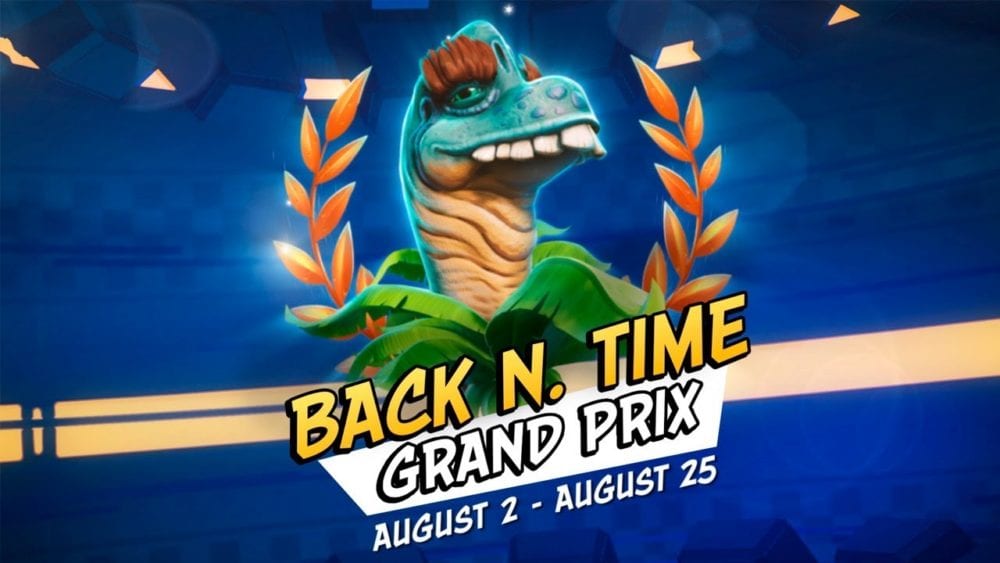 Crash Team Racing Nitro-Fueled’s first Grand Prix may be over, but Activision has revealed the pre-historic tournament players can look forward to next.

In a post to the company’s official blog, Activision revealed that the next Grand Prix would see players sent to an entirely different age; at least on paper.

“With the Back N. Time Grand Prix, N. Tropy’s time-bending staff has thrown Crash and the gang back to the days when dinosaurs roamed the land – and they soon find out things looked much more… fake… back in these Prehistoric times,” They write.

Like the Previous Grand Prix, Back N. Time will offer participants a selection of new characters, a new track to race on and a bevy of new customization options for karts, character skins and much more.

The event will be open to anyone who owns a digital or retail copy of Crash Team Racing Nitro-Fueled, as well as an internet connection to allow for online play after the update needed for the event is downloaded.

Best of all is that it’ll be here sooner than most might have expected: The Back N. Time Grand Prix will kick off on Aug. 2 at 7 a.m. PDT on all viable platforms, and will run until Aug. 25.

The announcement also came with a cinematic trailer teasing what players could expect from the new content. Those interested can view it down below.

The remake was met with widespread acclaim from fans and critics alike upon release, with many praising its visuals and refined gameplay as compared to the original.

We found ourselves largely sharing this opinion, and you can see our full thoughts on the title and its strengths through our review.