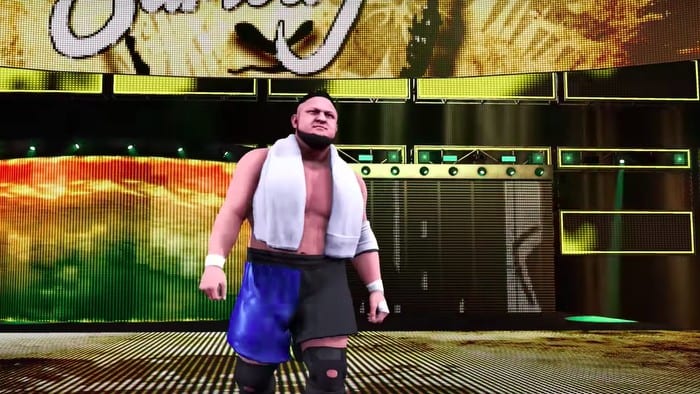 WWE 2K20 is drawing ever closer to its release, and a new trailer shows players what they can expect of the game via Samoa Joe’s entrance.

Streamed via the game’s official YouTube account on Aug. 29, the trailer provides the first glimpse of the wrestler’s video game counterpart fully modeled for the title. Strutting down to the ring to some imposing entrance music, the model carries the same swagger and intimidating appeal as one would expect of the powerhouse.

His outfit, hair and other features likewise boast a decent amount of detail, further drawing the viewer into the act just as if they were watching the entrance on a live episode of Raw.

It’s a fairly brief trailer though, and no gameplay footage of the bruiser in action is shown following the conclusion of the trailer. All the same, fans will want to check it out for themselves down below.

The trailer is only the latest of several teasers and reveals tied to the latest installment in the long-running WWE gaming franchise. Earlier this month, the game’s cover was revealed to feature both Becky Lynch and Roman Reigns as its cover stars.

The move marks Lynch’s first appearance on a cover of a WWE game, as well as the first time a women’s champion has graced the cover of a game in the series’ history.

More info was likewise officially revealed about the title’s different gameplay modes, including changes being made to the story-driven MyCAREER mode.

More info on all of that can be found via our coverage of the announcement here.

WWE 2K20 is currently slated for release on Oct. 22 on PlayStation 4, Xbox One and PC.