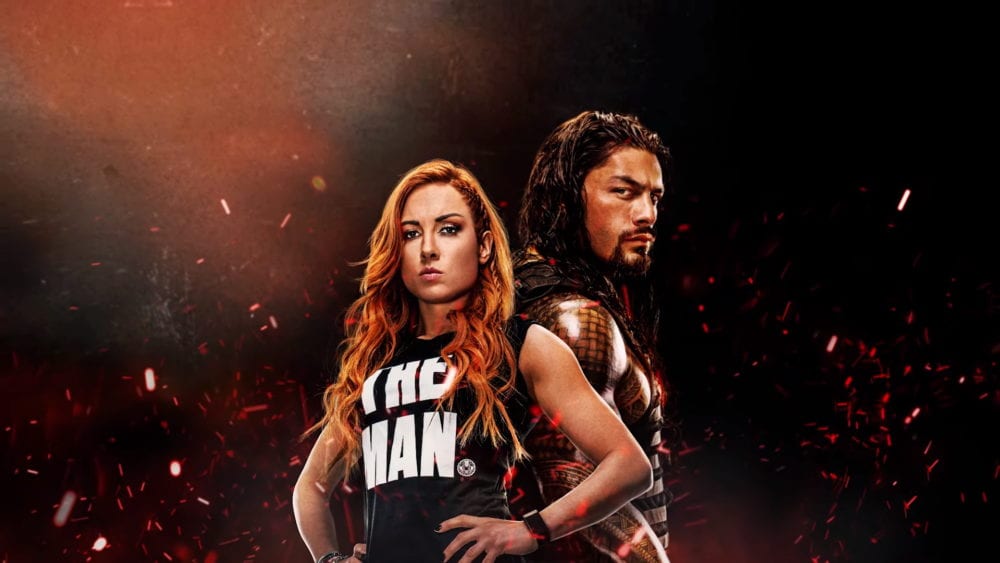 2K Sports officially announced that Becky Lynch and Roman Reigns would be on the cover for the upcoming WWE 2K20 alongside other information about the game.

While the cover and accompanying trailer was leaked yesterday, the studio revealed more details about the game’s modes and new features.

The 2K Showcase mode is back and will tell the stories of cover star Becky Lynch, Charlotte Flair, Bayley, Sasha Banks, and the women’s division. Known as the “Four Horsewomen,” their stories will told through “in-depth documentary-style vignettes, cutscenes and objective-based gameplay.”

The MyCAREER mode will allow players to create female avatars for the first time to take on storylines and matches with current WWE wrestlers, while the WWE Towers mode returns from WWE 2K19 with more challenges and a story-driven tower about the career of other cover star Roman Reigns.

WWE 2K20 is launching for PC, PlayStation 4, and Xbox One on Oct. 22 with three editions: standard, deluxe, and Smackdown! 20th Anniversary Edition.

The deluxe edition contains in-game digital content such as playable Hulk Hogan and Chyna, all WWE 2K20 Originals, accelerator, and MyPLAYER Kickstart. The Smackdown! 20th Anniversary Edition includes all of that plus acrylic pieces of an actual Smackdown ring skirt from 2002-2008 and an autograph from either Kurt Angle, Rey Mysterio, or Edge.