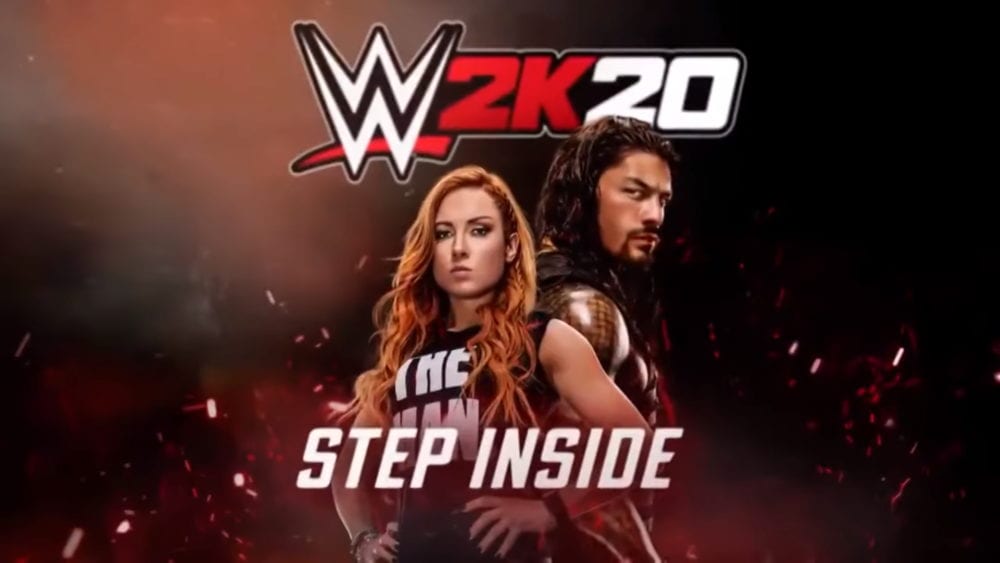 The first trailer for 2K Sports’ WWE 2K20 has been leaked and showed off a few clips of gameplay, release date, and potential cover.

The trailer for the next installment of the wrestling franchise takes place at a classy party filled with past and current WWE superstars such as Hulk Hogan, “Stone Cold” Steve Austin, Braun Strowman, and Velveteen Dream.

Meanwhile, the walls are adorned with paintings and statues of deceased wrestlers including “Macho Man” Randy Savage, Andre the Giant, Eddie Guerrero, and “Rowdy” Roddy Piper.

The party gets literally crashed by current WWE Raw Women’s Champion Becky Lynch, who apologizes for the mess and is congratulated by other superstar Roman Reigns. It is followed by brief clips of in-ring action and a release date of Oct. 22.

The two then appear side by side under the WWE 2K20 title with the tagline “Step Inside,” which could be the potential cover for the game. It would the first time in the WWE 2K series that multiple wrestlers have appeared on the cover, usually reserved for one spot such as John Cena, Brock Lesnar, and Seth Rollins.

2K Sports is scheduled to have an official announcement tomorrow, Aug. 5 with more information and a cover reveal.